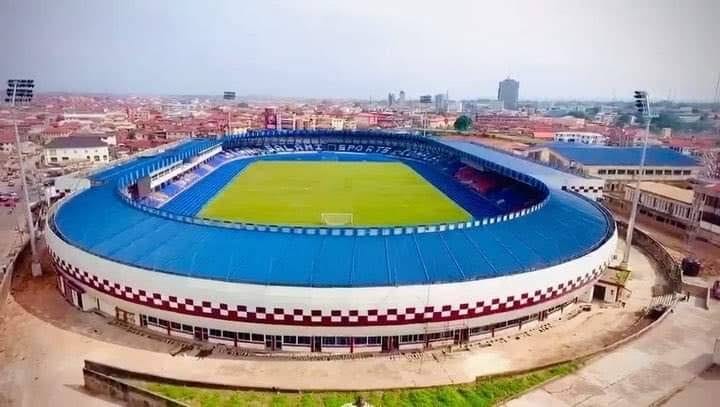 They added that through investments in sporting facilities and activities by remodelling Lekan Salami Sports Complex, Adamasingba, Ibadan, talents of youths roaming the streets of Oyo would be maximise and put to good use for the betterment of the state and the country at large.

While commending Makinde for the huge investments expended on remodeling the sporting complex, the trio maintained that the facelift would turn fortunes of sporting activities around in Oyo as the facility had been mordernised to world standards that can host international events.

Speaking separately, Atiku said that the projects was testaments to visionary leadership which could only be seen among politicians and public office holders of Peoples Democratic Party (PDP) extraction. He noted that as an advocate of youth empowerment, the stadium would contribute immensely to growth of sports and youth development in the state.

On his part, Akeredolu said that the facelift would bring back the glory associated with the historic stadium, adding that the remodeling would spur youth interests in sports and related activities that would in turn put Oyo on path of development in area of sports.

Also, Obaseki said that the remodelled Lekan Salami Sports Complex was a strategic move by the Makinde-led administration to engage youth across the state who was grappling with economic hardship, job loss, unemployment and underemployment.

Aside from Atiku, Akeredolu and Obaseki, other personalities at the event on Wednesday include the President of the Nigeria Football Federation, Amaju Pinnick. Other notable Nigerians at the event are a former Military Administrator of Oyo State during whose regime the Lekan Salami Stadium was initiated, General David Jemibewon (rtd), former governor of the state and the Osi Olubadan of Ibadanland, Rashidi Ladoja and a former Super Eagles coach, Adegboye Onigbinde.

The remodelled Lekan Salami Stadium was coming to life exactly one year after it was awarded to Peculiar Ultimate Concerns Limited through the Alternative Project Funding Approach (APFA). The project included the remodelling of the mainbowl, construction of a state-of-the-art media centre and a FIFA-standard studio with equipment, construction of FIFA-standard mixed zone including changing rooms, wet rooms, match officials’ rooms, referees’ rooms, doping control room, youth centre, ball boys’ room, clinic and others.

The new Lekan Salami Stadium was completed with modern floodlights, a remodelled Squash Hall, a new 50 metres by 30 metres multipurpose hall for Basketball, Volleyball, Handball and gymnasium as well as a Centre Court.