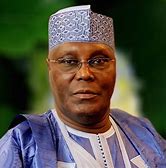 Former Vice-President, Atiku Abubakar, had adviced the Federal Government to ensure reduction of petroleum pump price to reflect current realities and also implement economic buffer measures with aim to reduce the harsh effects of global economic meltdown which is occuring as a result of the deadly coronavirus pandemic.

The former presidential aspirant explained that effects of the novel virus was felt worldwide, not only in health related matters or mortality rate, but also across world economy, with many countries experiencing economic fall as well as the ongoing crash in world oil prices.

Atiku said that the harsh economic realities which the oil price fall had brought on Nigeria would be heavy on its citizens if the government does not put in place active measures to mitigate its effects on the common man.

The Peoples Democratic Party stalwart, through a statement released on Tuesday, urged the Buhari-led federal government to implement policies that would ease cost of doing business in the country, reduce the cost of living for its people and promote consumer confidence, thereby creating enabling situations for growth.

He recommended the suspension of stamp duty payments on bank transactions, and that petroleum pump price should be reduced to reflect market prices in order to reduce economic pressure on Nigerians.

Atiku reiterated that the government needed to dissaude companies and parastatals from staff lay offs due to prevailing economic realities, and that such would go a long way to increase confidence of Nigerians and increase productivity, leading to a commensurate increase in possibility of a turn around in the economic downturn.

“Every action that can be taken to ease the cost of doing business in Nigeria and reduce the cost of living, while promoting consumer confidence must be implemented. All hands must be on deck in a multi partisan manner to ensure that Nigeria does not return to economic recession. This is possible with decisive leadership and disciplined management,”

“I recommend that policies like the Stamp Duty on all types of accounts be temporarily suspended, until such a time as the nation’s economy has turned the tide in the fight against this virulent scourge. Furthermore, as the landing cost of Premium Motor Spirit, also known as petrol, has reduced significantly, it is strongly recommended that the government should not absorb the savings, but should pass it on to the Nigerian people by way of reducing the pump price of PMS to reflect the current prevailing market costs”.

He urged for Nigerians to stand in unity and work together to ensure the country survives the global economic meltdown, adding that partisan disagreements whould be placed on the back burner, and that all statesmen, leaders and people should think and work patriotically to build the nation and its economy back to greater heights.