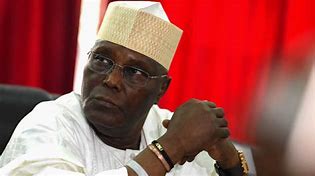 Former Vice-President, Atiku Abubakar, has advised the Federal Government to take immediate protective action against further influx of people infected with the novel coronavirus and place restrictions on flights to and from the country, particularly on coronavirus infested countries, saying that such move would go a long way in protecting the public from further spread of the deadly viral pandemic.

Atiku, who recalled that he had made such call prior to the disease being declared by the World Health Organisation (WHO) as a global pandemic, stated that several other countries had implemented flight restrictive measures as prevention against spread of the disease, code named Covid-19.

He explained that effects of the virus, if left unchecked, would do great harm to Nigerian lives and take a huge toll on the largest economy in Africa, both of which he urged the federal government to guard against and keep from happening in the country.

Atiku, through a statement which was released on Thursday, reiterated that his call was being made on basis of patriotic love for the people and country, Nigeria, and not on basis of any sort of partisan politics, and urged  that the All Progressives Congress (APC) led government should pay attention to and look favourably upon his suggestion, without regards for partisanship or points scoring.

The former vice president, who expressed sadness that passengers who had flown in on the same flight as the Italian coronavirus index case, as well as persons who had contact with the patient before quarantine, had as yet not been identified, said that the threat of the deadly virus within Nigeria’s borders did not need to be compounded by allowing fresh entrants into the country.

“The economic impact of a widespread infestation of the virus in Nigeria will be catastrophic, and will affect our national security, and status as Africa’s leading economy. The ravages of this scourge, which has officially been classified as a global pandemic, must not be allowed to test our already fragile economy”.

Atiku urged for immediate action on the part of the Buhari-led federal government, adding that the safety of Nigerians should be considered first before anything else, and that the integrity of the countries borders should be protected against the global pandemic scourge of coronavirus.

“I urge that every political and any other differences be put aside. On my own part, on this issue, I am first a Nigerian, and I am willing and ready to work with anybody, at anytime, at whatever cost, to ensure the safety of this country, which is the only country we have to call our home, and her peoples”.