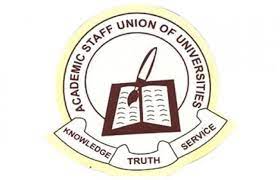 The Academic Staff Union of Universities (ASUU) has threatened to embark a nationwide strike if the Federal Government fails to pay all outstanding allowances and fulfill promises earlier made to the lecturers in another three weeks.

ASUU said that the three weeks grace was given to the Apex Government to resolve all lingering issues affecting the payments of their members allowances and to implement the memorandum of action signed with them prior the suspension of the last strike.

The strike warning was issued on Monday as part of the resolutions reached at the National Executive Council (NEC) meeting of ASUU held in Abuja.

Addressing pressmen after the meeting, the ASUU President, Emmanuel Osodeke, stated that the union would ground the varsities should the central government fail to fulfill its own part of the agreement, saying we have done our own part but it is unfortunate that the government has not done its own side.

He stated that the agreements reached with the apex government were not hard to meet by the government but that the political administrators have often refused to ensure due diligence on wages of tertiary institution staff.

Osodeke noted that to silence the lecturers, the government had been paying haphazardly to bypass all aspect of the agreements reached earlier.

The ASUU president argued that it was not their wish that they embark on strike often but strike was the best option that that have gotten the attention of political officeholders across the country.

According to him, if the government allocate the right funds and disburse as done for other sector, the Nigerian education system particularly tertiary education will be the best across Africa.

The ASUU president added that many foreign lecturers would have been queuing to lecture in any of the Nigerian varsities rather than Nigerians leaving the country for foreign institutions.

Osodeke stressed that due to under funding of the schools, the quality of learning has been gravely affected and that it was already having an impact on the society.

He noted that the lack of structural engineer that could build better structures and prevent collapse building were due to the actions of the political administrators.

Bafore now, the Federal Government had signed a memorandum of understanding with the union last year, promising to meet their demands which ranged from payment of earned allowances, introduction of the University Transparency and Accountability Solution (UTAS) platform for University workers to replace the Integrated Payroll and Personnel information system (IPPIS), payment of revitalization fund for Universities among others.

The union had called off its nationwide strike in March 2020 after the Minister of Labour and Employment, Chris Ngige meetings with leaders of the union and relevant government officials and several negotiations.

This had led to the government and ASUU signing a Memorandum of Action in December 2020 and the suspension of the strike that had lasted nine months following the government’s offer of a cumulative N65 billion to address earned academic allowances and revitalisation of universities.