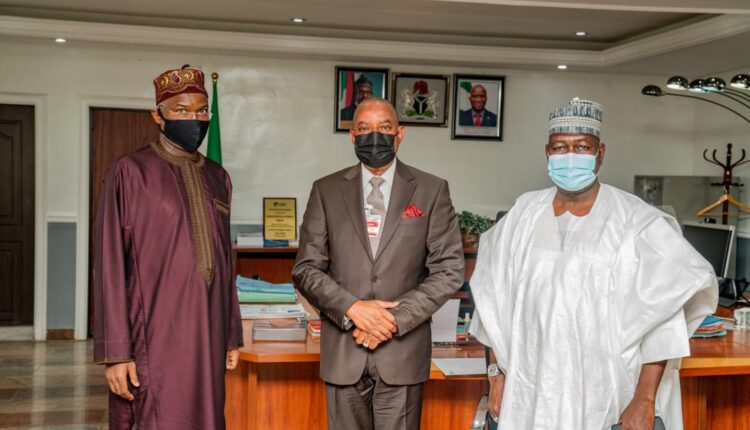 The newly appointed Chief Executive Officer of Federal Housing Authority (FHA), Senator Gbenga Ashafa, has assured Nigerians that efforts would be made to reduce the country’s housing deficit.

Ashafa said that the housing sector has potentials to boost the country’s economy through creation of meaningful jobs for Nigerian artisans and youths, saying, under his watch, this will be vigorously pursued.

The former lawmaker’s assurance came barely 24 hours after President Muhammadu Buhari approved his appointment in order to assist the administration in actualizing its housing policy for the country.

Ashafa, who gave the assurance on Friday after accepting his appointment to lead FHA, stated that during his tenure, there would be seamless cooperation between the government and private to create opportunities for Nigerians.

While promising a diligent service, the FHA boss added that efforts would be made to complement work done by Minister of Works and Housing, Babatunde Fashola, before and after his appointment.

“My focus as Chief executive will be to ensure a vigorous implementation of the Federal Government’s housing policy which entails the provision of mass affordable housing for millions of Nigerians and the rejuvenation of the economy through the creation of meaningful jobs for millions of young Nigerians.

“Needless to say, this task cannot be achieved without the cooperation of both the Government and the organized private sector. We are, however, fully determined to leverage this important cooperation to create housing opportunities for many Nigerians while creating millions of jobs in order to stimulate the economy”, he added.

Acknowledging achievements recorded by his predecessors and staff and other relevant agencies, the Managing Director declared his readiness to build on milestones recorded to address housing challenges in the country.

“I remain grateful to His Excellency, President Muhamadu Buhari for the enormous confidence he has reposed in us by this appointment while looking forward to a period of diligent service”.

Just In: Real Madrid, Juventus bow out of 2020 champions league