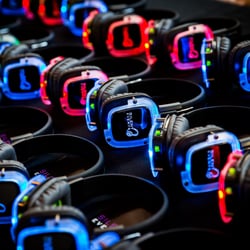 Following spike in incidence numbers of coronavirus infection around the world, music artistes have had to cancel tours and  upcoming shows due to need for self isolation and social distancing as preventive measures against the contagious viral infection, which has led to a dearth  of entertainent opportunities to be had by teeming fans on lockdown.

In order to maintain closeness to their fans and continue social engagements as much as possible, despite coronavirus global realities, artistes such as Asa and legendary Tu-Baba, have embraced the wave of e-concerts as a means of holding isolation-compatible shows for their fans.

E-concerts are musical shows and concerts held online either by the artiste performing in a room to select acoustic recordings, or performing with a live band, and which is broadcast live to all fans and lovers to log in to the event.

Such events are thus not bound by time or place, unlike conventional concerts that hold at specific physical addresses where only those in attendance get to enjoy the performance, e-concerts can be broadcast globally while it is being shown live, and also remain on the broadcast platform so that fans may also revisit and enjoy its experience all over again.

For singer-songwriter, Asa, who recently confirmed her upcoming e-concert to her  fans on her Instagram page, the event is scheduled to hold on Sunday, March 29, on youtube, and is expected to be free of charge for subscribed fans.

I hope you are keeping safe and physically distancing yourself. I will be having an acoustic concert on @YouTube Live, #stayhome and sing #withme on Sunday March 29th at 6pm WAT/GMT and 7pm CET. Subscribe and set your reminder on the link in bio! ❤️🦅

It added that the online concert was slated to hold on April 12, and that it would also feature a Ten Million Naira donation towards sustainable end to coronavirus infection is the country.

What do you do when self-isolation is compulsory? You call 2Baba, and you have an E-Concert! Join us on the 12TH of April for the first ever E-Concert in Nigeria. Let’s stand as ONE to show ONE Love. We will also donate N10million towards this cause #ExtraSpecial #StayAtHome pic.twitter.com/1bVclpPD5o