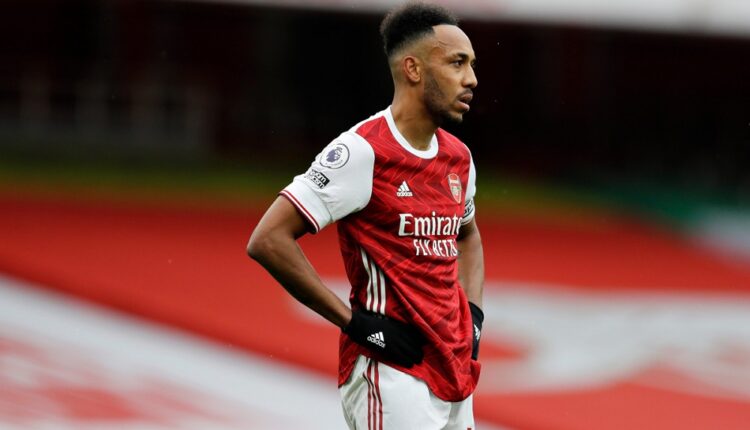 Arsenal Football Club striker, Pierre-Emerick Aubameyang, will not figure in the English Premier League (EPL) clash with Manchester United due to family issues.

Meanwhile, the club will have Emile Smith Rowe and Thomas Partey available for the clash, which if Arsenal wins, would aid the team, on ninth position on the league table, effort to participate in the continental tournament next season.

Before Saturday’s clash, Aubameyang had earlier emerged as a doubt after withdrawing from league and cup meetings with Southampton due to a personal issue.

For the week 21 match, the Gunners host the Red Devils, aiming to return to the EPL summit after losing to Sheffield United during the mid-week, at Emirates Stadium.

Issuing a brief statement on their official website on Saturday, Arsenal said: “Pierre-Emerick Aubameyang will be unavailable for Saturday’s match due to personal family reasons.”

Earlier at a press briefing, Gunners boss, Mikel Arteta, was unsure whether the team’s captain would be included – and the club has confirmed their captain will miss out.

After missing back-to-back games against Southampton – a 1-0 loss in the FA Cup and 3-1 win in the Premier League – Aubameyang confirmed his mother was in ill health.

He returns home that evening, but doubts emerged about his availability after the Gabonese striker left the Arsenal bubble, and was not clear whether he had left the country, which would have required a period of quarantine due to coronavirus restrictions, and he would also need to produce a negative Covid-19 test.

For Partey and Smith Rowe, the club has passed both players fit for the encounter after limping off injured in the win over Southampton during the week.