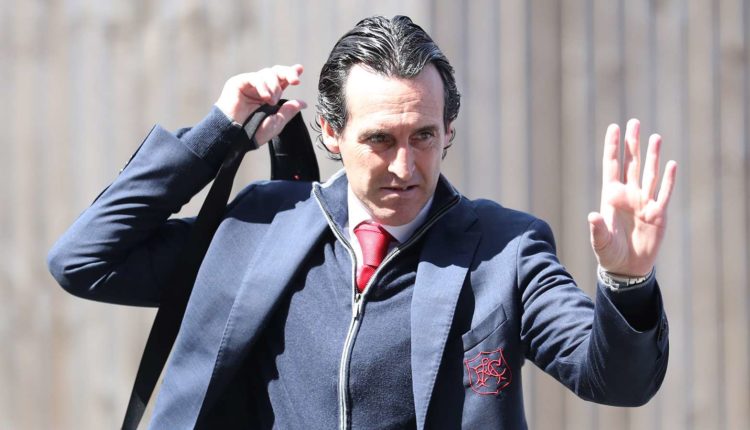 Arsenal goalkeeper Emiliano Martinez has apologised to Unai Emery and his staff following the head coach’s sacking on Friday morning, blaming the Gunners’ players for the Spaniard’s dismissal.

Emery was released of his duties following Arsenal’s longest streak without a win since 1992, just one day after throwing away yet another lead, this time in the Europa League to Eintracht Frankfurt, who beat the London side 2-1 at the Emirates.

Few can argue that results were good enough for a club of Arsenal’s stature, with many raising questions over whether Emery had a clear plan in mind after seeing the Spaniard switch up formations and players without any ostensible improvements.

Martinez, however, has absolved his former coach of any blame, insisting that lacklustre performances from the club’s playing staff is ultimately what led to the 48-year-old being shown the door.

Posting on Instagram and reserving a special apology for goalkeeping coach Javi Garcia, Martinez said: “Thank you, Unai and Javi. I’m sorry we let you down. It’s out fault for now performing the right way. I’m sure we will meet again.”

With Emery no long at the helm in north London, club icon and former assistant boss Freddie Ljungberg has been put in temporary charge in the interim, with the ex-winger tasked with turning around the fortunes of the team starting with a trip to relegation-threatened Norwich City.

The change in guard in the dugout is sure to please many fans as it will likely see star playmaker Mesut Ozil consistently return to the starting XI after being frozen out for long periods by Emery, who claimed others “deserved to play more” due to applying themselves better in training.

Another hope will be that marquee summer signing Nicolas Pepe will find his form under the tutelage of 42-year-old Ljungberg, who spent nine years of his playing career on the wing for the Gunners, winning two Premier League titles in the process.

Outside of the club, the rumour mill is already in full swing, with big names such as Carlo Ancelotti, Mikel Arteta, Nuno Espirito Santo and the recently released former Tottenham boss Mauricio Pochettino all linked with the head coaching job long-term.