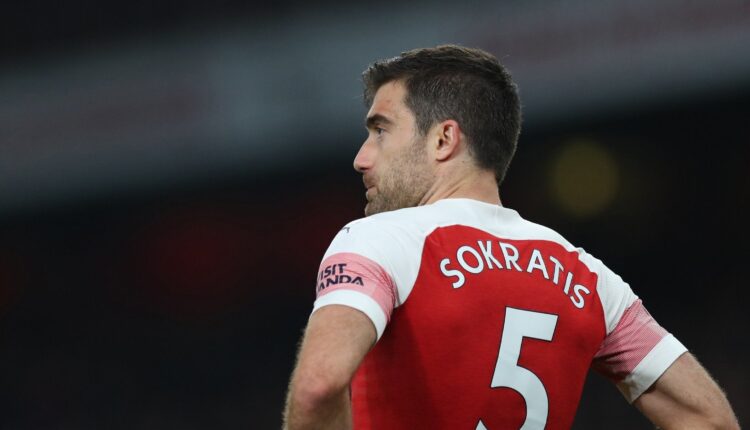 Arsenal has disclosed that it had reached an agreement with defender Sokratis Papastathopoulos to cancel the final six months of his contract at the Emirates.

The North London club explained that it reached the agreement after it was apparent that the greek defender was surplus to requirement at the team.

The club noted that though the defender was an integral part of the team during such times he was included in the team’s plan, it had become imperative that his contract be terminated and allow him ply his trade at other football team.

“Working closely with Sokratis and his team, we have decided to cancel his contract by mutual consent. This gives Papa the freedom to negotiate a contract with a new club and return to action as soon as possible.” Arsenal said in a statement on Wednesday.

As stated, the defender’s departure was the latest move from Arteta and the team’s Technical Director, Edu to streamline a bloated squad during the January transfer window.

“On behalf of Mikel, our coaches, players, and everyone at the club, I would like to thank Papa for his contribution to the club,” said Edu.

“He has been an important part of our group and has been a model professional throughout. The negotiations to end his contract have been collaborative and we wish Papa and his family well for the future.”

Sokratis, 32, last played for the Gunners in March and had not been included in Mikel Arteta’s Premier League squad this season.

Sokratis joined from Borussia Dortmund in July 2018 as one of former Arsenal boss Unai Emery’s first signings. He made 69 appearances for the club and was part of August’s FA Cup-winning side.

William Saliba and Sead Kolasinac have been moved out on loan deals to Nice and Schalke respectively.

Mesut Ozil’s seven-and-a-half-year stay is also set to come to an end as the German international has arrived in Turkey to complete a move to Fenerbahce.