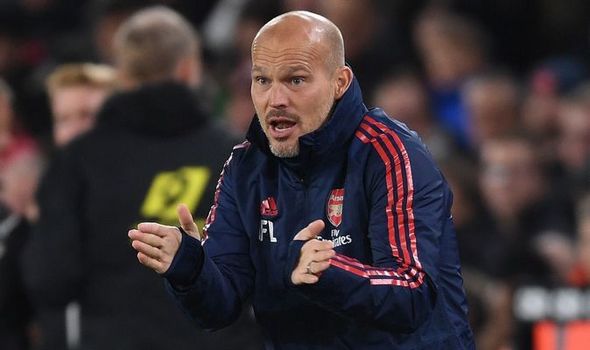 The interim head coach of Arsenal, Freddie Ljungberg, has expressed his willingness to return smile on the faces of the club fans following the club’s run of form since 1992.

Ljungberg became the head of the north London outfit after Unai Emery was sacked on Friday, the former Sevilla and Paris Saint-Germain boss paying the price for a winless run of seven matches in all competitions.

The former Sweden midfielder in a tweet a few hours after his appointment said: “However long I oversee Arsenal for I will give everything I have to put smiles on faces again. We have a busy few weeks ahead and the team needs your support. Let’s get to work!”

Arsenal’s next matches see them face Brighton, West Ham, Standard Liege, Manchester City and Everton before Christmas, but must first take in a trip to relegation-threatened Norwich on Sunday as Ljungberg takes his first steps in attempting to stop the rot.

The loss to Eintracht is unlikely to faze the new boss, however, with the Gunners sitting pretty at the top of their qualifying group and face Belgian side Standard – who were soundly beaten 4-0 at the Emirates – in their final group match.

Former winger Ljungberg was a star performer for Arsene Wenger’s Arsenal, representing the club between 1998 and 2007, and fans will hope that some of his attacking magic rubs off on summer signing Nicolas Pepe, who has struggled to impress since making the switch from Lille.

Ljungberg won two Premier League titles, scoring 12 times in 25 appearances as the Gunners tasted glory in 2001-02 before netting in a 2-0 FA Cup final triumph against Chelsea that season to complete the double.

It was the first of three winners’ medals in the competition for Ljungberg, who also starred in Wenger’s celebrated “Invincibles” side, who marched to the 2003-04 Premier League crown without losing a single top-flight match.