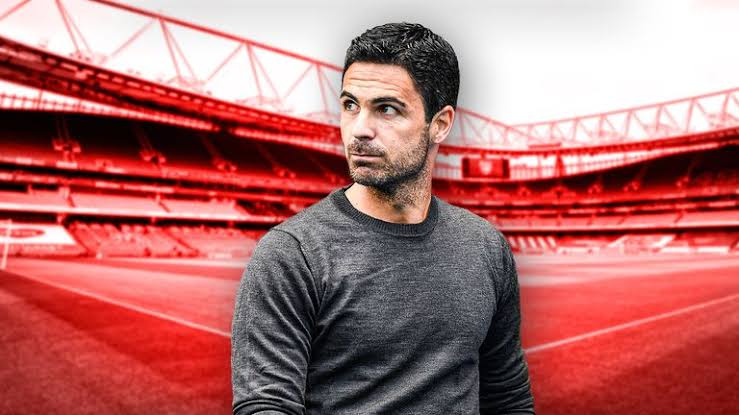 Former Arsenal players and fans across the world, including the President of Rwanda, Paul Kagama, have assailed the team’s manager, Mikel Arteta, for leading the Gunners’ worst start to a league season in their 118-year history.

The 39-year-old Spaniard who appeared to be the perfect fit for Arsenal has come under fire after being targeted by increasingly disenchanted fans who have turned their ire from unpopular American owner, Stan Kroenke, on to him.

The coach appeared to be the only person not to hear the boos which emanated from the home stands following Chelsea’s 2-0 win on Sunday, declaring afterwards “I see a lot of positives with the crowd and the team today” — could reach fever pitch by the end of this week.

Arsenal face a tough League Cup clash at in-form Championship side West Brom on Wednesday and then face Premier League champions Manchester City away on Saturday. Kroenke at least untied the purse strings in the close season despite the Gunners facing a Europe-free campaign after finishing eighth.

Arteta has so far spent £130 million ($177 million) but an early return of no points and no goals in either of their league games has already got the fans concerned that another season of mid-table mediocrity awaits.

Their disappointment with Arteta was all the greater because of his Gunners’ pedigree, something that his predecessor and fellow Spaniard, Unai Emery, lacked.

The former midfielder’s experience at having played under Arsenal’s legendary manager Arsene Wenger from 2011-16 and serving his managerial apprenticeship under Pep Guardiola at Manchester City marked him down as the ideal candidate.

Arsenal were keen to lure him away from City in 2018 when Wenger left but had to wait till December 2019 to secure him after Emery failed to fire up the side. Arteta made a good start, winning the FA Cup in 2020 with victory over Chelsea at Wembley but there has been little to cheer since.

The Spaniard can point to extenuating factors for the disappointing start to this season like losing key players such as Alexandre Lacazette and £50 million signing Ben White due to coronavirus.

He bridled at the scathing assessment last week of the President of Rwanda which is an official sponsor of Arsenal — “We just must NOT excuse or Accept mediocrity,” Paul Kagama tweeted — but former players believe that is what his team are serving up.

Former striker, Ian Wright, shook his head in bemusement at the latest display against Chelsea — Arsenal’s 20th Premier League defeat in the 60 matches Arteta has taken charge of.

“When you looked at the way that Chelsea played us and the way (Romelu) Lukaku played, either they (the Arsenal players) are not prepared, they are not listening, or they can’t perform what he (Arteta) wants them to do,” he said on BBC’s Match of the Day. “I don’t know what the tactics were. For me it was quite frightening.”

Also, Sol Campbell, who won two Premier League titles and two FA Cups under Wenger, says Arteta is probably safe for the moment because the club spent so much time and energy on getting him.

However, Campbell was worried by the lack of steelinness in either the defence or midfield, which was painfully exposed by Chelsea.

“Arsenal was built on that type of football, skilful and strong,” he told Sky Sports.

“I want to see more of that and more character. With Arteta, they have been chasing him for a long, long time. I think they will look at it and say ‘let’s see what this guy can do’ but there is always a time limit.”

Roy Keane, not known for his patience as a player, manager or pundit, laid the blame instead at the feet of the senior players. “I would give him (Arteta) longer, you have to give the manager longer,” said Keane.

“Arsenal have a lot of very good, young potential players but it is just potential. I don’t think Arsenal have the real, top senior quality players who have good habits that will help the young lads.

“There are players at Arsenal on massive wages and you can’t shift them. They won’t want to leave Arsenal because they are settled in London, they have a cushy life.”