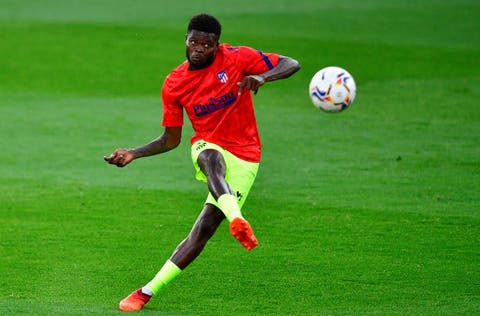 The deal was said to be the biggest move of transfer deadline day on Monday as Partey had been a long-term target for the Gunners, who were looking to bolster their options in central midfield.

Confirming the deal completion, Arsenal Manager, Mikel Arteta, said that the mildfielder would be a great addition to the team and strenghtened the middle park.

According to him, Partey experience would come to bear having played in highest level of Spanish League and took part in continental competition, including the Champions League

“We have been watching Thomas for a while, so we’re now delighted to add such a high quality player to our squad. He is a dynamic midfielder with great energy. He brings a lot of experience from a top club that has competed at the highest level in La Liga and the Champions League for several years,” the coach said.

On his part, Arsenal’s Technical Director, Eduardo Gaspar, said that Partey has the right attributes to be a top player for the London club and that his addition would bolster the team’s midfield.

“Thomas is a leader on and off the pitch and he is exactly the kind of player and person we want at the club. We already feel like we know Thomas very well based on the work we have done analysing his performances closely in recent times.

“With his all-round game and positive aggressive style, he will be a brilliant addition to our squad. We’ve made a strong start to the season and we want to continue to build on this with Thomas now part of our club,” he said.

Partey was part of the Atletico sides that reached the 2016 Champions League final and beat Arsenal on the way to winning the Europa League in 2018.

A tough-tackling midfielder with an eye for goal, the 27-year-old scored 16 times in 188 appearances for Atletico since breaking into the first team in 2015.

Meanwhile, Arsenal have made an impressive start to the season, winning three of their opening four Premier League games, as they aim to return to the Champions League next season for the first time in five years.