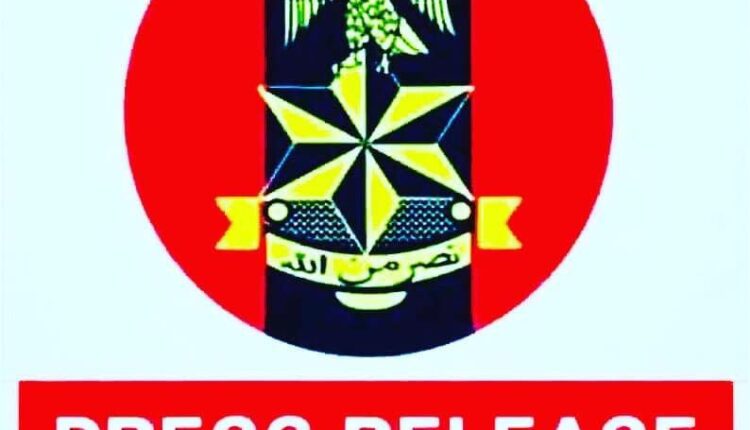 The Nigerian Army said it is currently investigating the alleged killing of a watermelon seller in Zamfara State by a yet-to-be-identified soldier. The Officer has risks dismissal as well as imprisonment over the murder of the trader.

As gathered, the soldier who allegedly killed a watermelon vendor along Zamfara-Sokoto bypass Road, Gusau was to have been drunk before approaching the deceased shop where he bought a piece of watermelon from the seller and refused to pay.

The Director, Army Public Relations, Brig.-Gen. Mohammed Yerima, who disclosed this in a statement on Tuesday in Abuja, said the deceased was said to have asked the person to pay for the goods he bought before he was shot to death.

Yerima said that the incident was quite regrettable, adding that the Nigerian army condoles with the family of the deceased.

He said that the General Officer Commanding (GOC) 8 Division, Maj.-Gen. Usman Yusuf, had since commissioned a panel to unravel the circumstances that led to the altercations which eventually claimed one life.

According to him, efforts are ongoing to arrest the yet-to-be-identified perpetrator, while noting that no military operational vehicle was set ablaze as claimed in a report surrounding the incident.

Yerima said the alleged perpetrator once identified, will be subjected to a thorough investigation and if found wanting, will be made to face the full wrath of the law in accordance with extant provisions.

He added that the Nigerian army remained professional and would never condone any act of misconduct by troops against the “very people they are deployed to protect’’.

“Furthermore, the army wish to assure the good people of Zamfara State that normalcy has been restored in the general area and remains committed in the discharge of its constitutional responsibilities”.

“The army is also working to put in place measures to ensure that such incident never occur again,’’ he said.