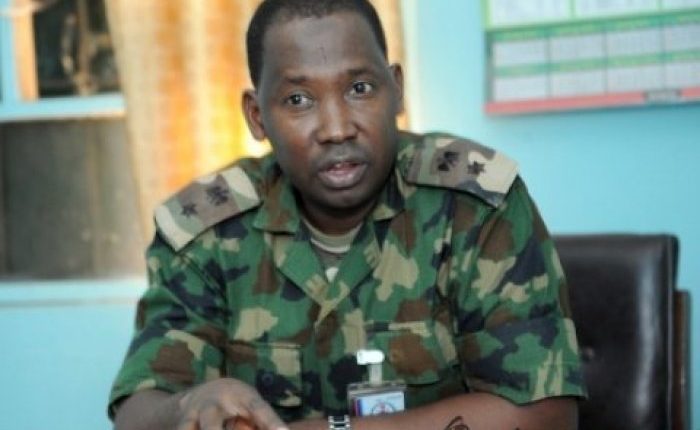 At least seven prominent commanders of Boko Haram operating along the Lake Chad region were killed during a fierce fight with troops of the MNJTF and the Nigerian Armed Forces.

They said with the development soldiers are in a celebratory mood today and have been basking in the successes of their combined efforts of artillery and air bombardments of suspected hideouts of erstwhile Boko Haram/ISWAP at the Tumbus of Lake Chad region that neutralized many including key commanders.

The Spokesperson of the Nigerian Army,Colonel Sagir Musa, disclosed the development in a statement he signed and made available to newsmen on Friday.

Musa said it was mourning a monumental set back to the erstwhile Boko Haram/ISWAP fighters hibernating at the triangular area.

“Information coming out from the inner circles of the demented and criminal group’s enclave escaping to Sudan and Central African Republic, indicates that at least no fewer than 7 of their key commanders have been wasted by the superior forces of the MNJTF. The neutralized commanders are said to be Abba Mainok, Bukar Dunokaube, Abu kololo, Abor Kime (said to be of Arab origin – likely their ISIS trainer), Mann Chari, Dawoud Abdoulaye (from Mali) and Abu Hamza, ” Nigerian Army image maker said.

“All these were said to be commanders of various Tumbus controlling fighters before they were decisively dealt with and sent to the pit of hell by the military bombardment. Although these names may not be real and may likely be nicknames or alias, nonetheless, it is an unprecedented feat to our quest of clearing the remnants of these criminals in the area. Consequently, efforts are ongoing to get more information on their true identities.

“The Chief of Army Staff, Lieutenant General Tukur Yusufu Buratai had through the Theatre Commander Multinational Joint Task Force and the Commander, Operation LAFIYA DOLE commended the troops for this great efforts and enjoined them to do more.” the statement reads.