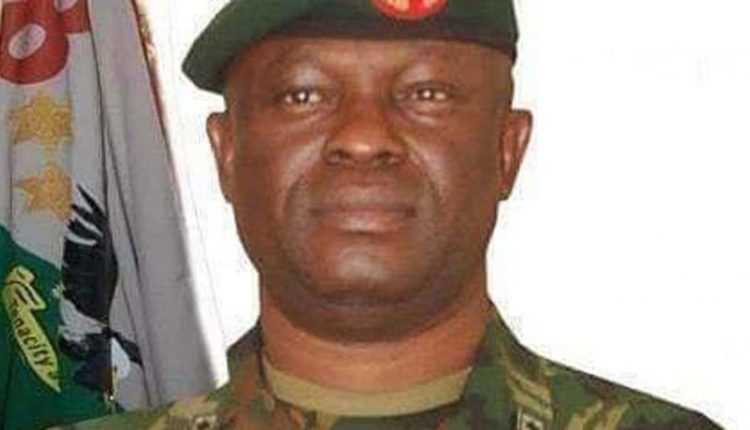 The General Court Martial is to be presided over by the Chief of Policy and Plans, Nigerian Army Headquarters, Maj.-Gen. Lamidi Adeosun, as the president of the court,

The Chief of Army Staff, Lt.-Gen. Tukur Buratai,who made the disclosure while inaugurating the General Court Martial on Tuesday in Abuja, said the trial was in line with the Armed Forces Act Cap A20 Laws of the Federation 2014.

Others are Maj.-Gen. M.A. Muhammed from the Headquarters Nigerian Army Signal, Maj.-Gen. C.T Olukuju from Land Forces Stimulation Centre while Maj.-Gen. C.C Okonkwo will serve as a waiting member.

Buratai also appointed Maj. A. Muhammed from the Headquarters Directorate of Army Legal Services as the Judge Advocate of the court.

According to the convening order issued by Buratai, the General Court Martial as composed is to assemble at Army Headquarters Command Mess Abuja for the purpose of trying the accuse person.

“The charges are to be served on the accused person or his counsel not later than 24 hours before arraignment. The prosecuting and defence counsels will respectively call witnesses to prove their cases in accordance with the law.

“The accused person is entitled to a defence counsel of his choice and accused person is to inform the convening officer of his counsel not later than 24 hours before the commencement of the trial,”Buratai said.

“Recommended books to be used are the Constitution of the Federal Republic of Nigeria 1999 as amended; Armed Forces Act Cap A20 Laws of the Federation 2004; Evidence Act number 18 of 2011; Rules of Procedures, Army 1972; the Holy Bible; the Holy Quran and any other relevant document,’’ he added.

It would be recalled that the army authorities had in July begun the interrogation of the former GOC over the missing N400 million.

Five soldiers had been confirmed to have carted away a consignment containing the money, while on an escort duty from Sokoto to Kaduna states in July.