Army begins consultations on new tactics against Boko Haram, others 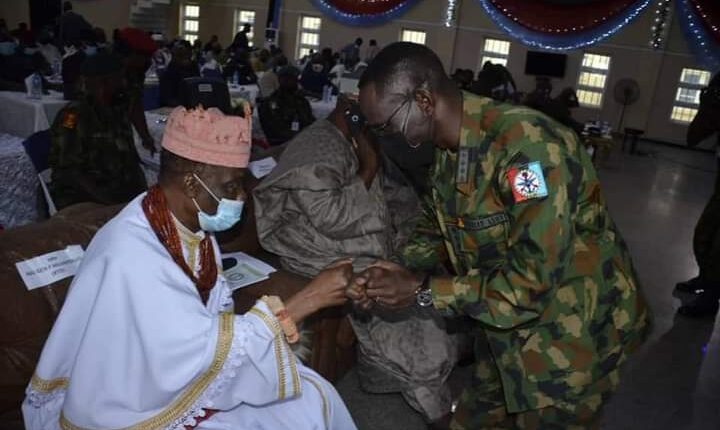 Following attacks on the Nigerian Defence Academy (NDA) in Kaduna State, the Armed Forces of Nigeria (AFN) has begun to engage different security experts and stakeholders on possible tactics that could be adopted to end insurgency, banditry and other criminalities that had claimed several lives across the country.

The Nigerian Army said that the recommendations gathered from interactions with security experts and retired military officers would be considered as the AFN begins a review of operational engagements adopted for various troubled zones in order to restore peace.

Speaking on the need for consultations, the Chief of Defence Staff (CDS), General Lucky Irabor, stated this at the 6th edition of the CDS security parley with military veterans tagged, “CDS Interactive Session with Retired Senior Military Officers in the South-South Geo-political zone” held at 63 Brigade, Nigerian Army, in Asaba, Delta state yesterday.

The CDS averred that the security parley has been worthwhile, successful and beneficial to the AFN, saying several topical issues emanated from all the geo-political zone. This, he said is guiding the military high command is reviewing its operational doctrines and plans.

According to him, interaction is a continuous process, so much value has emerged from the interactive session with our retired senior officers, and we are going to leverage the success and benefit to improve on security and safety of lives and properties.

He further explained that the security parley would focus on engaging critical stakeholders such as royal fathers, some of who are equally retired senior officers and among the participants to take some tip bits arising from the interaction in sensitizing their subjects.

The CDS assured that the AFN would continue to foster the right ambience for other stakeholders in order to holistically combat the myriad of security challenges across the country.

Irabor said: “there are other engagements that are holding behind the scene, as we have assessed that kinetic efforts are only a part of the solution, there is a non-kinetic approach which forms part of the engagement that is focused on the holistic solutions to the challenges in the Niger Delta region”.

The Chief of Defence Civil-Military Cooperation (CDCIMIC), Rear Admiral, Fredrick Ogu, in his remarks, said as stakeholders in the defence and security sector, the retired senior officers were in a vintage disposition to understand the array of security issues within their domain.

Ogu added that, unlike the current serving officers, the retired ex-servicemen could offer professional counsel on likely strategies to adopt in tackling the security threats.

The CDCIMIC further disclosed that the myriad of security issues in the nation and those specific to each geo-political zone were x-rayed, while adding that the outcome of the engagements with the veterans was rewarding.

Earlier in his welcome address, the General Officer Commanding, 6 Division, Nigerian Army, Major General Sani Mohammed lauded the initiative by the CDS in mooting the idea where senior serving and retired military officers were able to gather to brainstorm on a collective approach towards enhancing operational performance of the military in the SS region.