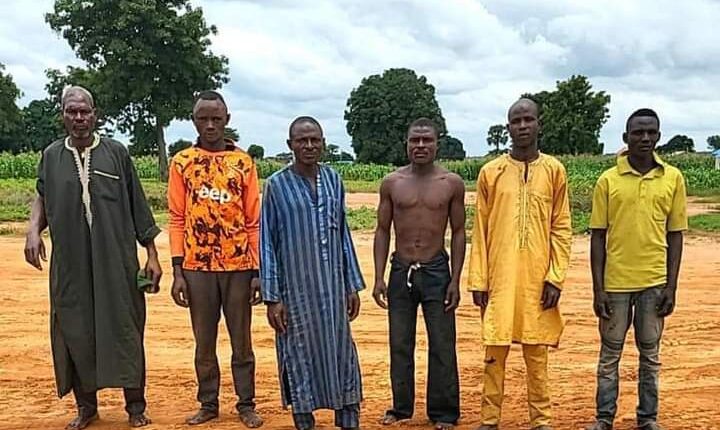 As part of its ongoing campaign against terrorists across the country, the Nigeria Army through its troops of Operation Forest Sanity has arrested no fewer than six bandits terrorizing Rafin Dawa axis of Kaduna State.

During the arrest, the recovered items were said to have included batteries, 27 bags of fertilizer, one motorcycle and two mobile phones.

The troops were said to have cleared the camp of the bandit leader, Lawal Kwalba in the Dende area of the state leading to the arrest.

The Kaduna State Commissioner, Ministry of Internal Security and Home Affairs, Samuel Aruwan confirmed that the troops conducted a patrol to the location following actionable intelligence.

He disclosed that the troops after clearing the camp recovered some batteries and 27 bags of fertilizer, indicating likely plans to manufacture Improvised Explosive Devices (IED), considering the bandits’ close alliance with terrorists.

Aruwan, through a statement on Thursday, in Kaduna said that one motorcycle and two mobile phones were recovered and that the bandits took to their heels before the troops’ arrival.

According to the statement: “The troops extended the search a short distance from the camp, and made some arrests. Investigations are ongoing on the intercepted suspects.

“The Kaduna State Government received the report with satisfaction, and praised the sustained efforts by officers and men carrying out the operations.”