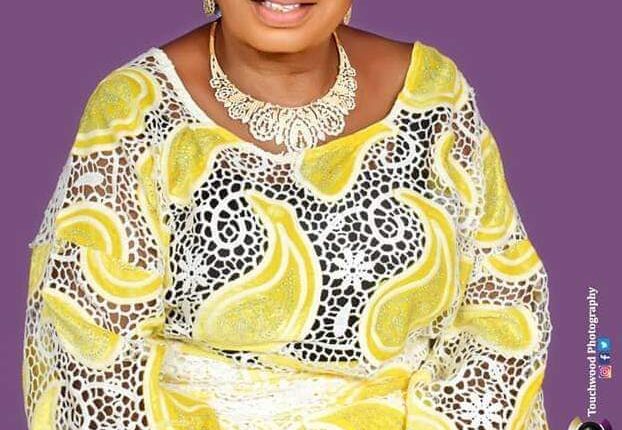 The movie, simply a straightforward story of a spoilt brat son of an equally haughty and self-conceited father and a seemingly fashionable mother of pretentious aristocratic bearing, is set in a Yoruba town. The presumptuous son Jenrola, superbly played by veteran actor Kunle Afod, usually cast in the role of a societal villain, deceived and violently raped a naïve local beauty Awawuolorun. Awawuolorun played by Oluwaseun Olalere, one of the stars of the movie, is a poor orphan who hawks moin-moin to support her aged paternal grandmother, named Awa’s grandmother in the credit list, but played excellently by Yetunde Ogunsola who provides her upkeep including school fees.

Senator Davidson, a haughty and pompous man of crude influence, acted by Ayobami Olabiyi, whose theatricalities remind one of Ene Henshaw’s Mr. Sipo of Sipo Amalgamated, seeks to suppress the ugly crime committed by his son because he is worried that his chances in the impending elections would be seriously jeopardized. He buys the Commissioner of police Akin Ajetunmobi and the I.P.O. Jomiloju Olumide but the D.P.O, veteran actor Ebun Oloyede refuses to be bought but is obviously helpless in the hands of his superior officers.

The tragic drama is the arrest, detention, and torture of the complainant Awa, who is forced at gunpoint to recant her story and to lie against herself, her conscience, and her dignity. A worse cruelty is visited on her ailing grandmother, inhumanly detained and severely tortured, resulting in her death in the police custody. Of course, the top police officers and enforcers of this cruelty and heartless injustice are handsomely rewarded by Senator Davidson.

Awa is released after the humiliation and blackmail only to be rudely confronted by the corpse of her only pillar of support, her grandmother deposited at their door by the police.

This is the most touching scene in the whole movie and Awa earns for herself Gold in this picture. She weeps her heart out and even feeders on the head of a tortoise would be moved to tears with her. Simply magnificent.
The scene can only be rivalled in its intensity and naturalness by the interpretation given by Yetunde Ogunsola, as Grandma, in the callous interrogation room.

Helpless and hapless Awa, with a protruding belly, engages in hawking. Exhausted under the burning sun, Awa collapses by the side of the car of a customer Dr Momoh, acted by Sola Kareem.

Doctor Momoh takes Awa home after discharging her from the hospital, where her story touches the heart of his Human rights activist wife, Folake Aremu. The duo of Aremu and Barrister Kusamo, acted by Toyosi Adesanya, take up her case and successfully get the police and the Jenrola family to admit to the rape of the 18-year-old Awa.

The movie draws to a close with the discovery that the wasted Awa’s grandmother was indeed the mother of the Senator’s childhood friend who was Awa’s father! Indeed, Awa’s grandmother once paid Senator Davidson’s school fees!

Equally surprising is the absence of any mention of punishment to the police who aided and abetted such monumental injustice and oppression. No punishment whatsoever is earmarked for Jenrola, the errant Youth Corper who committed rape and beastly deflowering of an 18-year-old innocent High School girl-child and orphan.

The script is good. The storyline is good. The casting is very good. The production is good. The directing is equally good. Nobody could have played better the characters of Jenrola [Afod] Awa’s grandmother [Yetunde Ogunsola], the DPO [Ebun Oloyede] Jenrola’ Mom [Toyin Adegbola], Olori Ebi [veteran Samson Eluwole], and Senator Davidson [Ayobami Olabiyi] the most disdainful character in the movie.

Veterans Eniola Ajao [Awa’s friend] Kayode Olaiya [mechanic] Jomiloju Olumbe and both Sola Kareem and Folake Aremu may not be major actors in the movie, they also stamped their impressive identity on the show.

What robbed the movie the status of an Award-Winner is the obvious ‘bastardisation’ of justice and the ruination of the cherished values of the people in the story as well as the glamorization of crime of rape. This is one of the major drawbacks of most of the Yoruba movies and other movies in Nollywood, Trybe, Rock, etc., inability to construct a befitting denouement to otherwise excellent stories.

Perhaps due to improvisation nature of many of the acts, or lack of sufficient exposure of those who claim to be ‘playwrights’ or lack of sufficient knowledge of the history, culture, and traditions behind most of the ideas being projected, movies and stage plays just end anyhow without due regard to sensibilities, plausibility, and conviction. They just end!

In all, Ariyike is a great movie, and Yetunde Ogunsola towers above all as the star of the movie, followed by Oluwaseun Olalere.