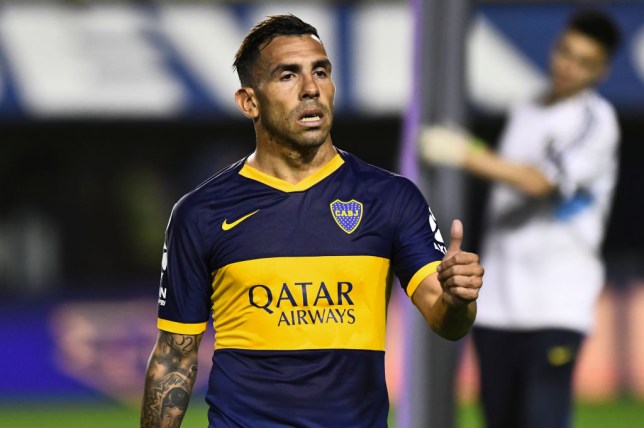 As part of the strategy to clinch all available trophies next season, Argentine football club, Boca Juniors, has offered a one-year contract extension to former Manchester United striker, Carlos Tevez.

The Argentine former striker, 36, is expected to make a final decision on his future in the coming days, with his current deal with the club set to expire on June 30.

Also, Boca Juniors could further give the striker an option to stay for a further six months if the team qualifies for the 2021 Copa Libertadores group stages.

As gathered, the six months extension was designed by the club to boost it chances of adding the continental trophy to other silver wares lifted by the Argentine club since its establishment.

Earlier, the striker, who left Shanghai Shenhua for a third spell with his boyhood club, assured the fans that he was not ready to leave for another team at the twilight of his career and would work to ensure more silver wares are hoisted

“Right now my life is Boca. These last few years that I have left, or the last one I have left, I’m going to put all of my focus on Boca. It may be my last year as a player. There is nothing else that motivates me. If Real Madrid came for me, I’d tell them that I want to stay at Boca,” the former Argentina international told reporters.