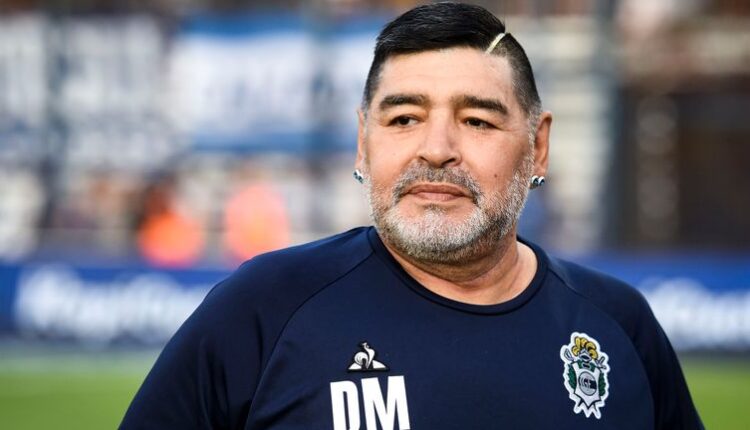 Argentine football legend Diego Maradona has died at the age of 60 after suffering a cardio-respiratory arrest.

His death was coming days after celebrating the landmark birthday following his complaints of low spirits and fatigue which led to him been hospitalised in early November.

After series of test carried out on him at the La Plata clinic, it was gathered that the deceased had blood clot the brain, which was said to have been operated successfully.

Maradona was subsequently discharged from hospital as an outpatient to continue his convalescence, which he carried out in his dwelling in a private neighbourhood near Tigre, northern Buenos Aires.

But on Wednesday morning he suffered cardiac arrest, and paramedics at the scene failed to revive him.

Regarded as one of the greatest players of all time on the pitch, his life off the pitch was equally notorious – amid battles with drug and alcohol addiction.

But it was also during these years that his addiction to cocaine took hold. In 1991, the year he left the club, he was banned for 15 months for drug violations.

In 1994 he was thrown out of the World Cup in America after failing a drugs test, before retiring from football in 1997.

In 1999 and 2000 he was taken to hospital suffering heart problems, the second time requiring a respirator to breathe.

In 2004, he was again treated in hospital for severe heart and respiratory problems linked to his drug abuse.

He has undergone two gastric bypass operations to control his weight and received treatment for alcohol abuse.

In January, he had surgery to stem bleeding in his stomach and in July he underwent a knee operation.