JUST IN: Senators turn down Buhari’s request for… 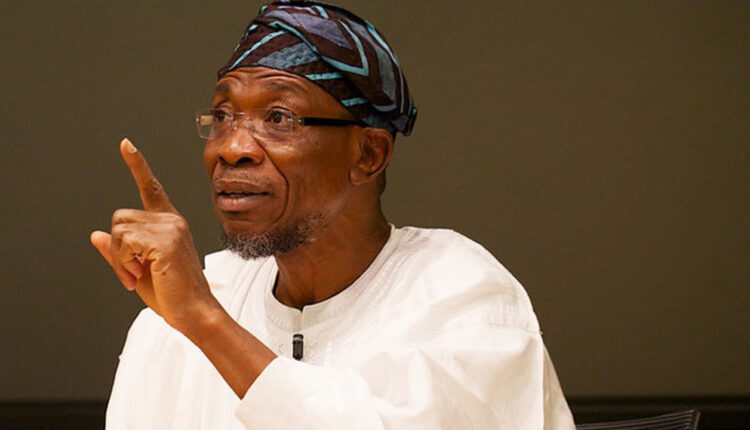 The Minister of Interior, Rauf Aregbesola, has refuted media reports that he had concluded plans to disrupt the government of Osun State Governor, Gboyega Oyetola,particularly his administration’s second year anniversary.

He explained that contrary to the media reports, he had a good relationship with the incumbent governor and his visit to Osun was informed by President Muhammadu Buhari directive to all members of the Federal Executive Council to visit their respective states.

Aregbesola said that it was surprising that honouring presidential directive to his home-state could be translated into a showdown with his successor who would be celebrating his second year in government with various activities lined up.

The minister maintained that as against the report and its insinuations, he would only be visiting the state to hold robust engagement his constituent, alongside the state governor and members of the state cabinet over the recent ENDSARS protest and its attendant carnage.

Through a rejoinder by ministry’s staff, Ileowo Kikiowo, while reacting to news story titled titled ‘Gov. Oyetola, Aregbesola Set For Showdown In Osun This Week’ Aregbesola clarified that he had written to the state government, informing them of the presidential directive and his intention of meeting with them as against the report.

“The period of the visit also coincides with the 10th anniversary of the return of progressive government to Osun. A group organising the anniversary had invited the minister to the event and he gave his solemn promise to attend. However, we read with shock, the news report by Mr Akinsuyi that the minister will visit the state with thugs imported from Ede and other neighbouring states.

“This we find to be in bad taste and totally unexpected from a reputable newspaper. The author alleges further that the minister has perfected plans to use his influence as a minister to deploy paramilitary officers of the Civil Defence, Immigrations and Prisons (sic) to shatter the relative peace being enjoyed in the state. This is a poor reflection of the purposes of the agencies and how they work,” the statement.

Aregbesola said that it was saddening that a journalist that should be knowledgeable and well informed about varying issues and topic chose to publish misinformation that could lead the public into thinking there is feud between him and Oyetola.

“Even when absurd and preposterous allegations are made, the journalist should discard such and report only what is reasonable and will not bring his medium to disrepute.

“Allegations should not automatically become news. The reporter has a professional duty to either ask for proof of the allegation or go ahead to investigate it. It is only when he is convinced that there is substance to the allegation that he should consider it worthy of being reported. Reporting untrue and unfounded allegations amounts to peddling fake news.

“Showdown? Since when has a minister returning to his base become a showdown with anybody? Ogbeni Aregbesola is an indigene of Osun and a Minister of the Federal Republic. He is on presidential assignment. How does that amount to showdown with anyone?” the statement added.