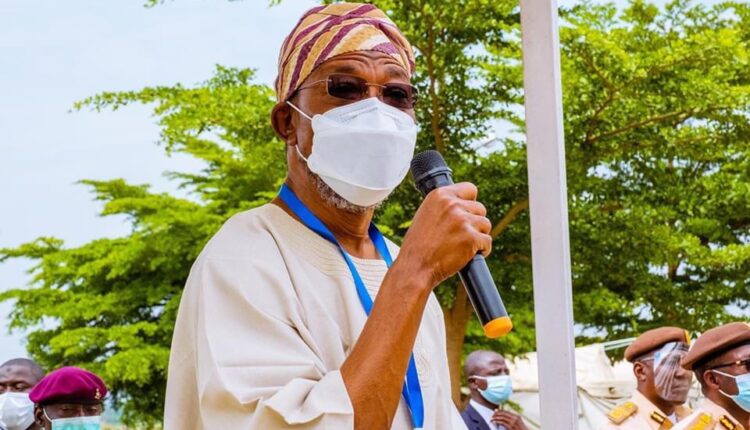 The Minister of Interior, Rauf Aregbesola, has assured officers of Nigeria Immigration Service (NIS) of improved welfare and support for enhanced productivity and commitment.

He explained that officers welfare was part of the crucial areas the President Muhammadu Buhari-led administration was making sure got improved upon  for effective service delivery from uniformed men.

The Minister stressed that the administration was committed to ending terrorism and insecurities across the country and would stop at nothing in restoring normalcy to North East and other parts of country.

He enjoined the officers to conduct themselves in professional manner at all times and exude the ethos and core values of NIS which centers on discipline, competence, excellence, professionalism and fairness.

“During my address titled, Serving and Defending the Country with Honour, I assured the officers that their efforts and sacrifice and of those before them shall not be in vain as the Government will continue to support them and implement programmes that will support their welfare and enhance the capacity and efficiency of NIS personnel in general.‬

“It is worthy of note that the government’s objective is to quickly and timely defeat and conclude the war against insurgency and terrorism in the North East, as well as other new emerging security challenges around the country, in order to bring everlasting peace and security of lives and properties that will usher in progress and development of the country.

“I recognise and wholeheartedly commend the efforts of the Nigerian Military and the entire Joint Task Force operating in the North East and Nigeria in general for the great job they are doing to keep the nation safe and secured. Their sacrifice and commitment are well noted and appreciated by the Nigerian people,” he said.