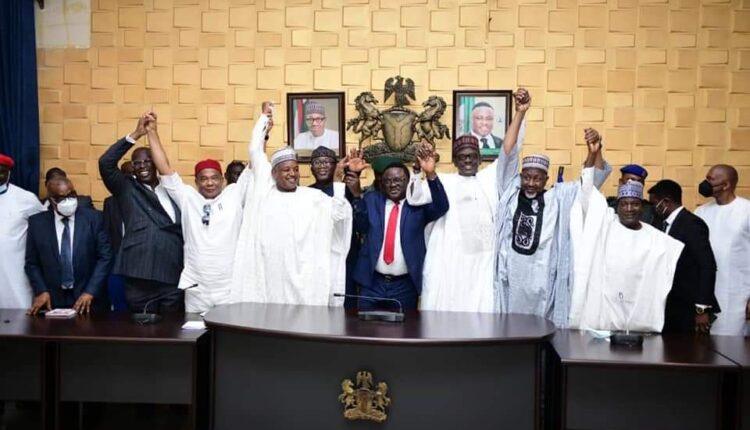 The All Progressives Congress (APC) has stated that its doors remain wide open for governors, and other chieftains under Peoples Democratic Party (PDP) platform, saying the ruling party would never discriminate against anyone joining the party, particularly those who decided to abandon sinking PDP.

It explained that it has become imperative for PDP members, particularly governors from the party to reconsider their stance ahead 2023 general elections by aligning with the APC and dump the former ruling party.

While reacting to the Cross Rivers State Governor, Ben Ayade, defection on Thursday, APC Secretary, Caretaker Extra-Ordinary Convention Planning Committee (CECPC), Senator John Akpanudoedehe, said that it was important that other governors from PDP reason along with Ayade in his patriotic lane.

According to him, we commend the patriotic disposition and judgement that shaped Governor Ayade’s decision to join forces with President Muhammadu Buhari to build a better Nigeria as a member of the APC.

Through a statement, Akpanudoedehe said that alleged lack of internal democracy had turned the PDP into a one-man show, a development he claimed, has caused frustration and alienated PDP governors and legislators.

“The APC is advising the other governors who are stranded in the sinking wreckage of the PDP to exercise the best option of abandoning that vessel.”

Commending Ayade, the party scribe said: “The APC notes with satisfaction that Governor Ayade has always been an APC man at heart given the humane and progressive manner in which he managed the affairs of Cross River State.

“The people of Cross River State will now enjoy more developmental initiatives based on the APC values of delivering dividends of democracy designed to improve the wellbeing of the people.”