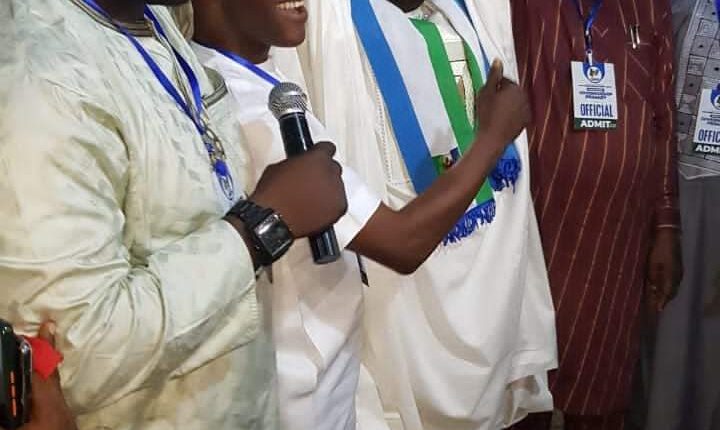 Share
A young entrepreneur, Olufemi Ajadi, has emerged Ogun New Nigeria People’s Party (NNPP) gubernatorial candidate, promising party members and other stakeholders across the state that with team work and aggressive campaign, NNPP would possibly be replacing the All Progressives Congress (APC) as the ruling party after next year’s election in the state.
Ajadi, student of the Nigerian Institute of Journalism (NIJ), said that NNPP participation in Ogun governorship race was to bring back the developments and other essentials need by the citizens across the state.
He added that the work for revitalisation of Ogun state as gateway state, a sobriquet it was given due to its contribution to the country’s development, had already begun after his emergence.
Ajadi stated this after he emerged through consensus at a well attended and peaceful primary conducted by the party for him to replaces Olujobi Fayoyin, who had decided to back down from the race.
During the event held at the Ogun NNPP Secretariat in Ashero, he lamented that the state which had produced great men and women before now, including academics, statesmen, entrepreneurs, scientists; great sportsmen and women, should not be seen to be lagging behind.
According to him, anyone that looks around the state will agree that things are not working the way they should be.
He said: “Government is not about the governor and his immediate cabinet alone. NNPP has come to change the narrative.
“Our party is not satisfied with the state of roads in our dear state, especially when you move out of the capital and other cities.
“It does seem as if border communities like Ibafo, AKute, etc are not part of Ogun state, but millions of our people live there, hundreds of businesses are done there; we will address it.
“Every day, we hear stories of armed robbery, burglary, kidnap, and other security risks in the state! We will put a stop to it. We commend the OPC, Amotekun, and neighbourhood Watch for their efforts.
“Our government will collaborate with them and address the encroachment of criminals be they herdsmen or kidnappers in Ogun State.
“We will introduce incentives for policemen serving here; will install CCTV cameras in different parts of the state, with inter-community surveillance.
“Ogun must be safe and secure. An NNPP administration will see to that. We will not run a state owing people salaries or pensions after they have served the state, that is a grave injustice and I promise all our people that all outstanding payments will be addressed. we promise a new salary structure upon being elected.