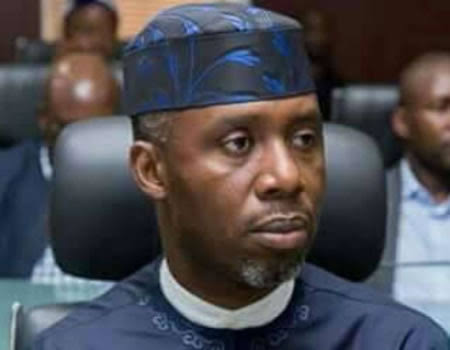 Imo chapter of the All Progressives Congress (APC) has backed the police on Okorocha son-in-law’s arrest, saying that Nwosu, the former governorship candidate in the state, was lawfully arrested rather than abducted.

warned Nigerians, especially social media handlers, to desist from peddling rumours and unfounded allegations aimed at defaming the governor and the state government over Nwosu’s arrest.

APC stated that they would not condone “acrimonious rantings” that point to Gov. Hope Uzodimma’s inability to manage the security situation in Imo.

As contained in a release signed by the APC publicity secretary, Cajetan Duke, and made available to newsmen in Owerri on Monday, he described the law as not being a respecter of any individual, noting that refusal to honour genuine and lawful police invitation could warrant forceful arrest to bring an individual to book.

“The APC staunchly supports the governor and government of Imo in their effort to restore sanity, peace, order and sustainable economic development in the state.

As a party, we advise Nigerians to refrain from trite shenanigans and doomed efforts to link Gov. Uzodimma with  self-imposed and merited predicament.

“We commend the governor for his equanimity, mature and honourable disposition in the face of rash provocations and rascality from persons intentionally working against the overall interest and wellbeing of Imo people,” he said.