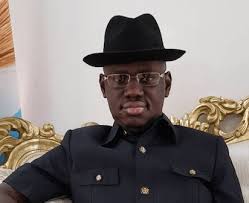 Former Deputy National Publicity Secretary of All Progressives Congress (APC), Timi Frank, has urged religious leaders to speak up and pressurize the Federal Government to intensify its security apparatus towards addressing insecurity in the country.

Frank lamented that Nigeria, as a nation, was not working and its citizens were largely unsecured and left by the government to proffer solutions to their own security challenges.

The former APC publicity Secretary, who made the appeal while condemning President Muhammadu Buhari’s security strategy, stressed that the party’s actions after assuming office were in sharp variance from its campaign promises.

In a statement issued in Abuja, yesterday, Frank, who expressed admiration for Redeemed Christian Church of God (RCCG) General Overseer, Enoch Adeboye, for leading a prayer walk against insecurity in the country, described the actions as vote of no confidence in Buhari’s will to carry out his duties as president and ensure adequate security for Nigeria’s teeming population.

He stated that the president lacked political freedom to sack service chiefs as would have been expected of him, hinting that a cabal of political god-fathers who, allegedly, benefited from nationwide insecurity made it impossible for Buhari to discharge his duties properly, and in the best interest of Nigerians.

“APC has failed Nigerians, they have not delivered on any of their campaign promises to the people. Insecurity is worse than it has ever been, killings and abductions are on the rise. Yet, we have a president, who so far, has been unable to take a firm stance on the nation’s security,”

“Several notable citizens have passed a vote of no confidence in the present APC led government and I am  glad that respected religious leaders like Pastor E.A Adeboye have joined in to lend a voice to this struggle and force the government to put its people first above all considerations of material gains or return,”

“It is sad to note that President Mohammadu Buhari has been rendered unable to adequately carry out his duties by powers that be, who are directly benefiting from the corruption in the military, and who are not fazed by the sufferings their actions have inflicted on the nigerian populace”.

Frank urged the Christian Association of Nigeria (CAN) to increase mobilization of more stalwarts like Adeboye to take to streets and let their voices be heard for the people of Nigeria, and that pressure should be mounted on government till conclusive actions were seen and security issues being tackled properly.

“Nigerians must forget religious sentiments at this period. Muslim and Christian leaders need to come together and speak out loud because it is only in the atmosphere of peace that anybody can practice his or her religious faith,” he said.

“We will speak with one voice and tell the failed federal government led by Buhari to step aside if the administration cannot protect its people any longer. We will come together irrespective of religion, tribe or class, we will make our voices heard and we will demand a change”.

“The world is watching and questions will be asked of this administration why, despite the trillions of Naira allegedly spent on the military in the last four years, Boko Haram is still more vicious and appears to be outwitting the Nigerian military. The Service Chiefs and this government under General Buhari will be questioned by the International Criminal Court (ICC) one day to give an account of how these monies were mismanaged while Nigerians died avoidable deaths and faced untold hardship,” he said.
Frank encouraged all regional leaders to emulate the south-west region, which would be recalled had recently set up ‘Amotekun’, a civilian joint force to secure its people, by setting up local security outfits capable of protecting their people instead of relying on national security architecture which had been known to fail time and time again.
“I call on my South-south leaders, South-east leaders, North-central, North-east, and North-west governors to urgently consider what they can do to protect the lives and property of their people and not rely on the central government anymore as it has now become obvious that the people of  Nigeria do not have a responsive government,”
“Even world powers like the United States have taken decisions based on General Buhari’s negligence and obvious corruption in the military which has left insecurity free to degenerate to such a point that they were left with no option but to ban Nigerians from entry into their country,”
“However, I would like to call on the United States President to review this decision and not punish innocent Nigerians for the wrong actions of a few. I am sure that Donald Trump’s administration does not hate Nigerians but it hates injustice, human rights abuse, non-adherence to the rule of law, lack of freedom of speech and all manners of impunity and corruption which have become the norm under this General Buhari-led government”.