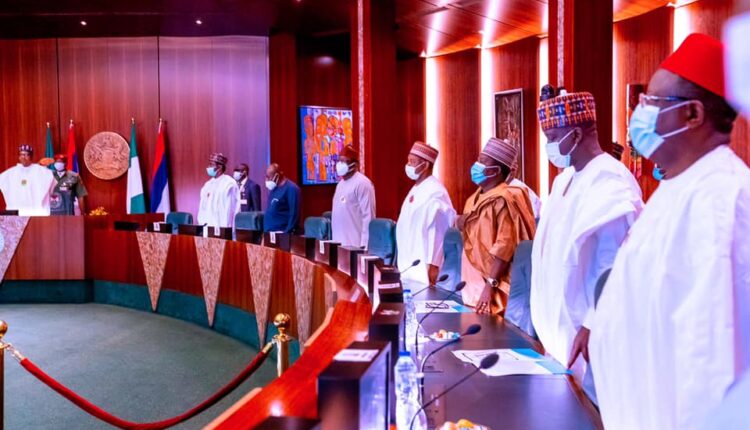 This is coming as the ruling party’s NEC also dissolved all states, zonal, and national party structures across the country.

The decisions were taken at the NEC meeting held on Tuesday in Abuja. Present at the meeting were the President Muhammadu Buhari and Vice President, Yemi Osinbajo.

Others at the meeting are the governors of the party, led by Chairman of the Progressive Governors’Forum (PGF) and governor of Kebbi State, Atiku Bagudu.

Briefing newsmen on outcome of the meeting at the State House, the Kaduna State Governor, Nasir El-Rufai, said the decisions were reached after thorough consideration by party leaders present at the meeting.

He also disclosed that the NEC also granted waivers to politicians who just joined that party and other bigwigs still contemplating to defect to the ruling APC.

According to him, the waivers will enable new members to contest elective positions on the party’s platform without waiting for a particular number of years.

“The second resolution is that NEC has approved the granting of waivers to persons who have recently joined the party members and those desirous of joining the party in the nearest future.