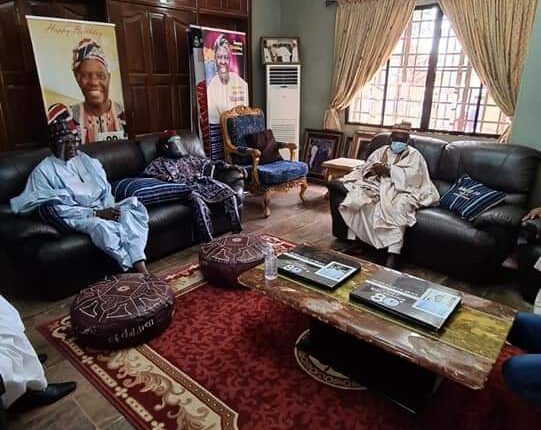 As part of  task before it to reconcile aggrieved party stalwarts, members of Caretaker Committee of the All Progressives Congress (APC) have met with former Interim National Chairman of the party, Chief Bisi Akande.

The Caretaker Committee delegation was led by its Chairman, Governor Mai Mala Buni, to the country home of the elderstateman in to Ila Orangun.

Discussions were said to be ongoing as at the time of filing this report.