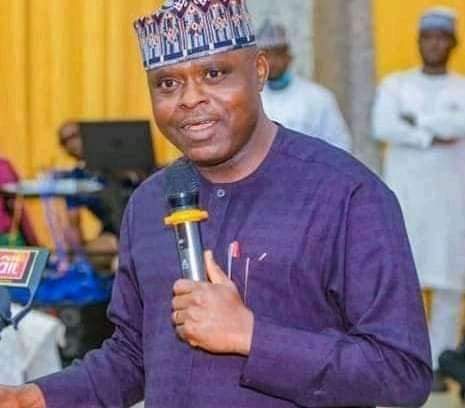 Ahead of the 2023 election, the Senator representing Nasarawa North senatorial district, Godiya Akwashiki, has left the All Progressives Congress (APC) over alleged injustice from the party leadership in the state.

Akwashiki added that his decision was also based on the party’s executive in the state to doctor delegates’ list in favor of his benefactor and former Executive Secretary of the National Judicial Council (NJC), Danladi Envulu’Anza.

The lawmaker announced his defection on Monday when he flagged off the construction of 2km Nasarawa Eggon/Galle road in Nasarawa Eggon Local Government of his senatorial district.

Akwashiki, who withdrew from the race after realising that the delegate list that was earlier agreed upon by the party had been adjusted to favour other members before the exercise, stressed that he would announce his new party in another three days.

He said: “You have seen and you are all aware of what transpired during the APC primaries election in Akwanga. I have withdrawn from the race because delegate lists were doctored by the party, APC.

“I am under pressure from you to leave the party and today, I have answered your call to leave APC and to actualize my re-election ambition. In the next 72 hours, you will see a platform that I will join and we will all move together,” he added.

On the project, the lawmaker explained that he decided to construct the road in order to boost transportation, and agriculture and improve the standard of living of the people of the area and its environs.

“I have provided and still providing infrastructures such as road construction, electricity, water supply, health, empowerment, and employment among others across the zone. All what I am doing is to change your lives positively and by God’s grace, I will continue to do more,” he added

The senator has assured the people of the senatorial district of quality representation at all times.