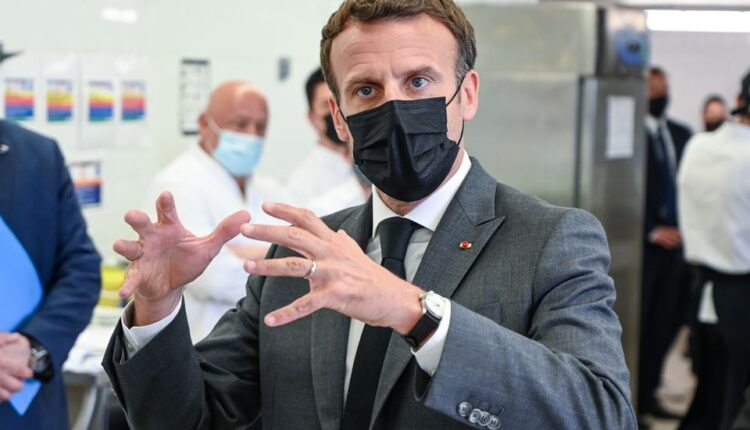 A man pelted French President Emmanuel Macron with an egg while he was visiting a restaurant and hotel trade fair in the southeastern city of Lyon.

The egg hit his shoulder but bounced off without breaking on Monday while promoting French gastronomy. The assailant was quickly subdued and removed from the room, with Macron saying he would try to speak with him later.

“If he has something to tell me, let him come,” Macron said at the International Catering, Hotel and Food Trade Fair (SIRHA). “I’ll go see him afterwards.”

The development was a startling disturbance of the warm welcome by fair attendees for the centrist president, not least after he announced that restaurant tips paid by credit card would no longer be taxed.

Eggs from irate protesters are a common occupational hazard for French politicians, and Macron was no exception in the eggs attack.

When he was still a candidate for the presidency in 2017, an egg exploded against his head during a crowd visit at the national agriculture fair in Paris.

More recently, a man slapped him across the face while he was shaking hands with well-wishers in the southern city of Valence in June.

The 28-year-old man, who told a court he sympathised with the anti-government “yellow vest” protests of 2018 and 2019, was sentenced to four months in prison.

Macron’s security detail is expected to be on high alert in coming months as the centrist leader multiplies his public appearances ahead of a widely expected re-election campaign. So far he has not officially declared his candidacy for another five-year term in voting set for next April.

JUST IN: Bandits slain 34 villagers during attack in Kaduna