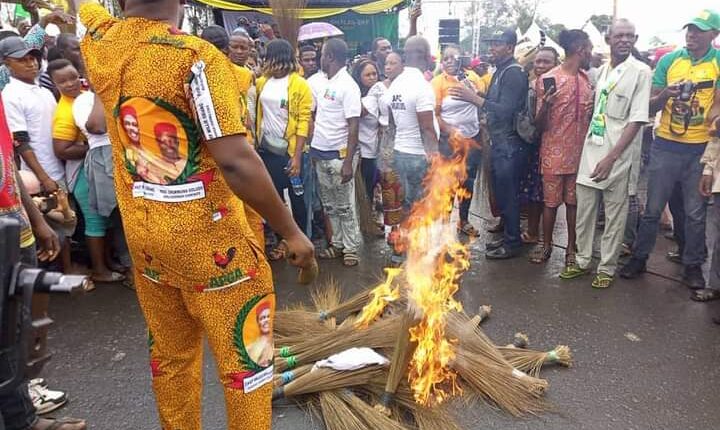 Ahead of November 6th governorship election in Anambra State, hundreds of All Progressives Congress (APC) members have dumped the party for All Progressives Grand Alliance (APGA), saying the APC does not represent the interest of the masses.

The decamped members also set their brooms, the APC symbol, able to indicate that they have totally left the party for APGA and promised to ensure that the state-ruling party’s candidate and Central Bank of Nigeria (CBN) former governor, Chukwuma Soludo, wins the election on November 6th, 2021.

They announced their defection yesterday during the gubernatorial campaign flag-off held at Dr. Alex Ekwueme Square in Awka, the state capital.

The National Chairman of the APGA, Victor Oye, who received the new members, assured the APC former members of fairness in all activities.

Oye, meanwhile, reminded the APGA new members of the need to be committed to developments of the party and the progress of Anambra.