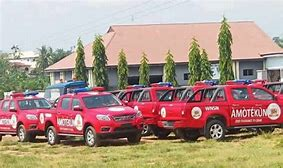 Speaker of the Lagos House of Assembly, Mudashiru Obasa, has disclosed that the actualization of Amotekun as a security outfit in state and the entire region is in accordance with yearnings of the people, which all South West States must strive to achieve.

According to him, anything contrary to demands of citizens and residents of the region, would maligned the collective ‘omoluabi’ ethos that traditionally binds the ‘Oodua’ people.

Obasa, during public hearing of a bill to establish Amotekun in the state, stated  that amotekun security outfit was a body that had come to stay in the entire region, and noted that the outfit had become important for security of lives and properties of the people.

Speaking on Monday, in Lagos, the speaker added that given prevalence of crime, kidnappings and religious terrorism in Nigeria, it had become imperative for regions to take steps to ensure safety of lives and properties of citizens, and that this was basis upon which Amotekun had been founded.

“I’m sure we all recall the incidents before the establishment of Amotekun, the killings, maiming, kidnapping and their likes. In the wisdom of our governors, they decided on Amotekun. Amotekun has come to stay and we must stand by it”.

He urged lawmakers and stakeholders in the region not to get deterred in their bid to ensure that people are safe despite different reactions that had greeted the move.

Obasa said the bill on Amotekun would be accommodated in the existing law of the Neighbourhood Watch, which was put in place in 2016.

According to him, Amotekun was being supported by over 40 million Yoruba people and, as a result, it would only be wise to favour the bill.

“Our race has spoken and we must stand by it but in line with the constitution,” he said.

In his opening remarks, the chairman of the committee on Information and security, Tunde Braimoh, said the protection of lives and property is the most important responsibility of government as stipulated in the constitution.

Braimoh said the exercise is not new but an amendment to the Neighbourhood Safety law which has been in existence for since 2016, adding that the laws guiding Amotekun are all embedded in the Corps law, hence the decision to amend it.

The lawmaker said the outfit would perform same functions like the Neighbourhood Safety corps, noting that the operatives would be made to carry licensed arms subject to the approval of the Inspector-General of Police (IGP) and collaborate with security agencies in Lagos and other states.