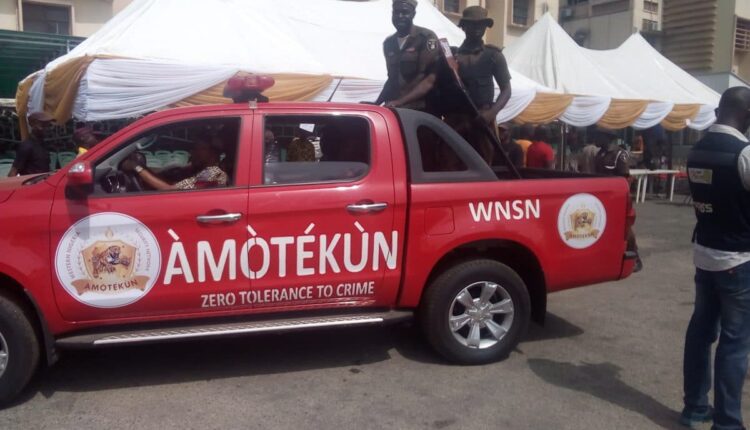 The Oyo state command of the Western Security network, Amotekun Corps, has denied any involvement of its personnel in the murder of a 15-year-old male student, Peter Okafor, that was shot in Ibadan over sundry offenses in the state.

Amotekun noted that the allegations that the local security outfit personnel killed the student were an attempt to discredit the efforts of the Corps in combating crimes across the state.

The commandant of the Oyo state Amotekun corps, Olayinka Olayanju, made the clarifications after the relatives and other sympathisers stormed the State Governor, Seyi Makinde’s office and demonstrated for hours to demand justice for the deceased student.

Olayanju further noted that those accusing the security agency of misuse of power and privilege were those not allowed to carry out their nefarious activities in the area.

The Oyo commander of the Western Security network stated that those who were not happy with the security agency’s activities particularly the hoodlums, the robbers, saying you do not expect them to commend us.,

The Amotekun commandant also noted that possibilities were high that those linking the death of the student, who was said to be an apprentice, could be political opponents in an attempt to damage the reputations of the present administration in Oyo.

Earlier during the protest, the deceased’s sister, Ogechi Okafor, said that the deceased student was allegedly shot twice on his forehead by the local law enforcement personnel.

The deceased’s sister, Ogechi, who spoke to newsmen during a protest to the office of the State Governor on Wednesday, narrated that his brother was shot twice in the forehead.

Ogechi, who was joined by dozens of sympathizers on the demonstration, said that the deceased was yet to complete his West African Examination Council (WAEC) in the state.

Aside from the deceased sibling, other demonstrators alleged that the security outfit for the state was becoming a nuisance, killing members of the public at Mokola, Inalende, Sango, and other areas in Ibadan.