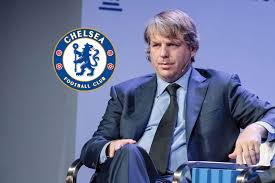 Boehly acquired the Union of European Football Association (UEFA) Champions league defending champion through his consortium, LA Dodgers, a firm based in United States (US).

The deal was announced by the club in a statement in the early hours of Saturday, has to be approved by the United Kingdom (UK) Government and the Premier League before it could be completed.

According to the statement, of the total investment being made, £2.5bn will be applied to purchase the shares in the Club and such proceeds will be deposited into a frozen UK bank account with the intention to donate 100% to charitable causes as confirmed by Roman Abramovich. UK Government approval will be required for the proceeds to be transferred from the frozen UK bank account.

“In addition, the proposed new owners will commit £1.75bn in further investment for the benefit of the Club. This includes investments in Stamford Bridge, the Academy, the Women’s Team and Kingsmeadow and continued funding for the Chelsea Foundation.

“The sale is expected to complete in late May subject to all necessary regulatory approvals. More details will be provided at that time”, it added.

As gathered, the final approval for the deal was expected to complete in late May, when the British government and the country’s football management would have certified that the firm was capable of managing Chelsea.

Boehly beat off late competition from £4.25 billion bidder, Jim Ratcliffe, and other consortiums led by Stephen Pagliuca and Martin Broughton to win the battle to become the Premier League club’s new owners.

2023 election: Straightening records on Peter Obi and others