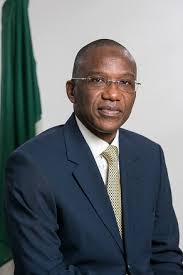 The Asset Management Corporation of Nigeria (AMCON) has raised alarm over huge debt it is currently being owed. It therefore called on agencies of the Federal Government and stakeholders to join in its debt recovery drive. AMCON put its current debt exposure at N4.4trillion, saying the debt exposure was equivalent to the entire budget of the 36 states of the federation.

These revelations were made in a paper presented in Abuja by the Group Head of AMCON Enforcement, Mr. Joshua Ikioda, at the end of two-day training for Federal High Court Legal Assistants and Court Registrar.

The paper was titled: “Overview of AMCON from Cradle to Date and the Implication of the Bad Debt to the Nigerian Economy.” Explaining  it further, the agency said the N4.4trillion it was  owed, was  bigger than the entire 2021 capital expenditure budget of the Federal  Government of Nigeria, which stands at N3.85trillion, and  also bigger than the N3.12trillion which is the  total foreign debt service for 2021 and personnel cost of N3.7trillion.

Similarly, AMCON added that the huge debt, if recovered, would be enough to capitalize over two million micro businesses with   two million Naira  cash injection each or 200,000 Small and Medium Enterprises (SMEs) with N20million per SME, which would create over 10 million jobs in the country. By so doing, the agency said thousands of unemployed youths who are involved with all sorts of violent crimes would be engaged positively.

With all these facts and its negative effect to the economy, the corporation explained that it would not be fair to allow this crop of obligors that have collectively destroyed the commonwealth of Nigerians escape justice, which was why it was calling on all sister agencies to support the recovery drive.

AMCON assured that it was determined to recover these debts because the money belongs to Nigerian taxpayers.

The training, which was organised by the Dr. Fatihu Abba-led Legal Academy under the auspices of the Office of the Chief Registrar of the Federal High Court, was designed to enlighten legal assistants and registrars of the Federal High Court on the AMCON mandate. It was themed: “The Role of Registrars and Legal Assistants in the Effective and Efficient Realization of AMCON Mandate.”

In his key note address at the beginning of the training, AMCON Managing Director Mr. Ahmed Kuru, , said AMCON cannot over flog the important role of the Judiciary in national development and as such remains vital to the success of AMCON.

Kuru, who was represented by Dr Eberechukwu Uneze,  said: “We are just a government recovery agency saddled with the responsibility of purchasing non-performing loans from Banks and ensuring it is paid back using the instrumentality of the law. Unfortunately, it did not turn out to be that easy, through the instrumentality of the courts as we encountered a lot of challenges.”