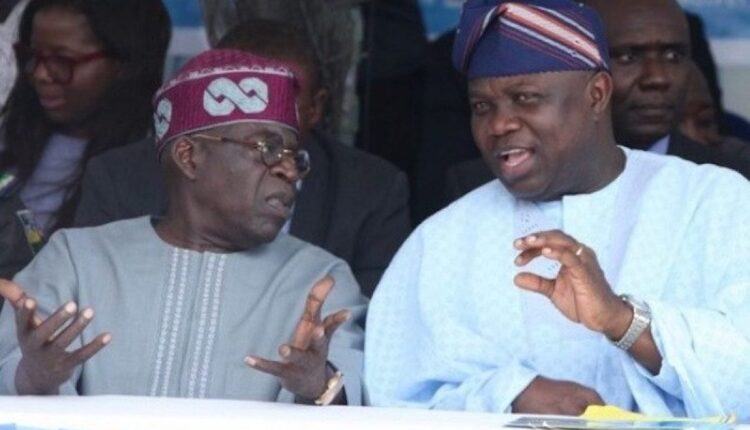 Barely a year after the highest advisory political organ of Lagos chapter of All Progressives Congress (APC), Governor’s Advisory Council (GAC), banned Internal groups within the party, the council has adjusted the membership list with the immediate past governor of the state, Akinwunmi Ambode, missing out from the new membership composition.

The council’s new membership composition also confirmed the exclusion of Minister of Interior, Rauf Aregbesola, Senior Special Assistant to the President on Sustainable Development Goals (SDGs), Adejoke Adefulire and Adebisi Sosan, who were both ex-deputy governors that served the state between 2011 and 2015, and 2007-2011 from the GAC.

By default, Ambode, Sosan, and Adefulire’s names were expected to be included in the council since it was populated by leaders of the party drawn across the state, past governors, and their deputies.

These were outcomes of the meeting held by the council which has the national leader of the APC, Asiwaju Bola Tinubu, as chairman of the council that had over the years become the major advisers’ of the governor.

The reasons for the immediate past governor’s name exclusion was not mentioned during The Guild’s investigations but a source from the council, who handed our correspondent the membership list, stated that it may not be unconnected with his recent ordeal with the Economic and Financial Crimes Commission (EFCC) that have sealed three of the property linked to him over alleged financial misappropriation during his tenure as Lagos governor.

The source, who handed the list to The Guild and demanded to remain anonymous, stated that the list was compiled after the meeting convened to chart a new focus for the council that was considered as major adviser to the state governor.

During the meeting, another source that was privy to the discussion between the members said that the council was determined to strengthen Lagos’s global standard and make the state the preferred destination for all.

While Ambode missed out, some new members were inducted into the council and they include the senator representing Lagos-East Senatorial district, Tokunbo Abiru, and his counterpart from Lagos-West, Solomon Adeola popularly called Yayi.

Abiru’s induction which came barely four months after been sworn in as a lawmaker has been raising dust on what could become the fate of incumbent governor, Babajide Sanwo-Olu, re-election plans in 2023, with many arguing that the former financial expert was been prepared for the leadership role and that the first step was the senate which would give him a better understanding of governance.

As days go by, the argument had continued to become intense particularly the ongoing confrontation between Christians and Muslims on who becomes the next governor of Lagos.

The confrontation, which has become intense between them, particularly from the Christians, was that Sanwo-Olu should only serve one-term and vacate office after the expiration of his tenure for a Muslim candidate while the Muslims have condemned the timing of the move by the Christians, describing their demand as an act of sabotage, diversionary and criminal.

For the Christians, the arrangement since the return of democracy in 1999 had been to share the seat of power with their Muslim counterpart, with each religious forum presenting a candidate after the expiration of the other.

And since the verbal arrangement was made particularly within the ruling party, All Progressives Congress (APC), each body had complied with it and this was the reasons for the emergence of the incumbent governor, Sanwo-Olu, a Christian, who was brought by the party leadership to contest the 2019 election.

The list presented after the meeting reads: Lagos APC GAC Members as amended..-