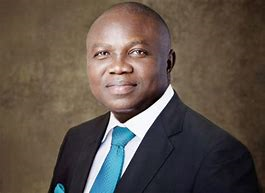 The hopes of former Lagos Governor,  Akinwunmi Ambode, was dashed by the state’s High Court which struck out his suit seeking to stop probe by the state Assembly over purchase of 820 buses for Bus Reform Project by his administration.

It would be recalled that the ex-governor had filed a civil suit against the State House of Assembly, its Speaker, Mr Mudashiru Obasa, and the House Clerk, Mr Azeez Sanni, both of whom had alledged that the fomer govenor had bought 820 buses with funds which were not properly appropriated according to law.

The presiding judge,  Justice Yetunde Adesanya, however said that the ad-hoc committee set up to investigate Ambode was a fact-finding committee, an  investigation unit and as such could not be seen as indictment of the former governor.

Adesanya, while delivering her judgement on Thursday, at the Ikeja High Court, maintained that the former governor had yet to be indicted and noted that an invitation by an agency of government could not be equated to, or seen to constitute threat to fundamental human rights of the claimant.

She explained that such investigation was aimed at seeking out truth surrounding the transactions which went into buying the buses and that such was within  acceptable limits of the Lagos State House of Assembly according to law.

“I hereby find that the claimant’s action is an invitation to the court to cripple the legislative exercise of the statutory power of the Lagos State House of Assembly under Section 128 and 129 of the 1999 Constitution,”

“That is not the function of the court, and no court of law should accede such invitation. The claimant’s suit is hereby struck out”.