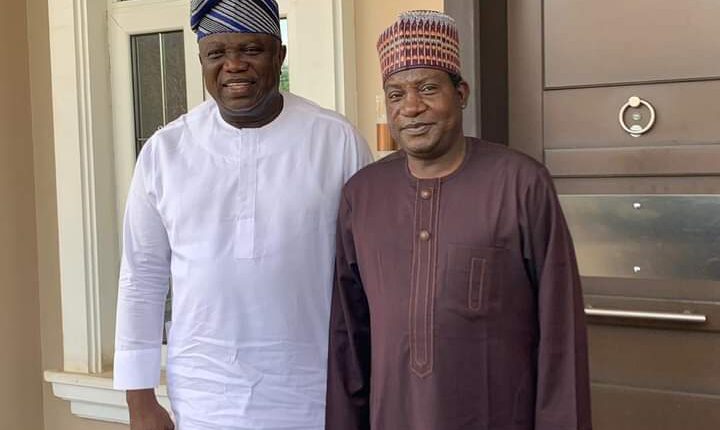 Lagos State former Governor, Akinwunmi Ambode, would be serving as one of All Progressives Congress (APC) chief strategists after been appointed as the Deputy Chairman, South West subcommittee of APC Contact and Strategy ahead of the 2023 general elections.

As stated, the former governor among others would be strategising for the APC in building a strong and united party that would ensure a flawless victory for the party in the region before, during, and after the general elections in 2023.

It was gathered that Ambode, and other strategists’ roles, include looking holistically into the party’s past and present failures and advise APC leaders on what needs to be done in salvaging and repositioning the party for acceptability by Nigerians during 2023 polls.

Reacting to his appointment through his social media handle, the former governor said that his new role was in line with the party’s commitment to improving on both human capacity and policy direction such that would make APC the people’s party.

“I was recently appointed as the Deputy Chairman of the South West subcommittee of the Contact and Strategy Committee of our great party (APC), to help deepen and consolidate the gains of the party in the South West, prepare it as a strong and viable institution for both the present and foreseeable future,” the post read.

He added assured that his committee would work assiduously in redeeming the party image, mend fences and help APC retain power in all regions, particularly at the central level.

It would be recalled that in preparation for 2023 general election, APC had in March inaugurated a 61-man contact and strategy committee to map out strategies and prepare grounds for the party’s actualisation of becoming the largest political platform in Africa.

Some members of the committee were Governors Yahaya Bello of Kogi State, Babagana Zulum of Borno, Inuwa Yahaya of Gombe State, Aminu Masari of Katsina, Simon Lalong of Plateau, Hope Uzodinma of Imo, Babajide Sanwo-Olu of Lagos, David Umahi of Ebonyi and Abdullahi Ganduje of Kano. Others include the Deputy Senate President, Ovie Omo-Agege, and two former Speakers of the House of Representatives, Dimeji Bankole and Yakubu Dogara, former Lagos State Governor, Akinwunmi Ambode, and others.

Ambode had while reacting to his inclusion then, described his selection into the 61-member of APC Contact and Strategy Committee, as a call to serve the country.

Ambode said that serving the country was more important to him and that he was always ready to contribute his experience over the years to the development of Nigeria and APC.

The former governor’s appointment came barely one year and nine months after leaving office and distancing himself from political discussion within the party and across the country.

“Along with other notable and distinguished colleagues, I was today selected by our party, the All Progressives Congress, to be a member of the Contact and Strategy Committee. This is a call to serve the Party and more importantly, our nation,” Ambode said after he was inaugurated alongside others by the Chairman, APC Caretaker/ Extra-Ordinary National Convention Planning Committee, Mai Mala Buni, in March.

Following the new appointment, party members were said to have started raising concerns on what could play out within APC ahead of 2023 general election.

They argued that his selection further indicated that in 2023, the former governor could be instrumental in the scheme of things and determine those that would hold public offices in Lagos.