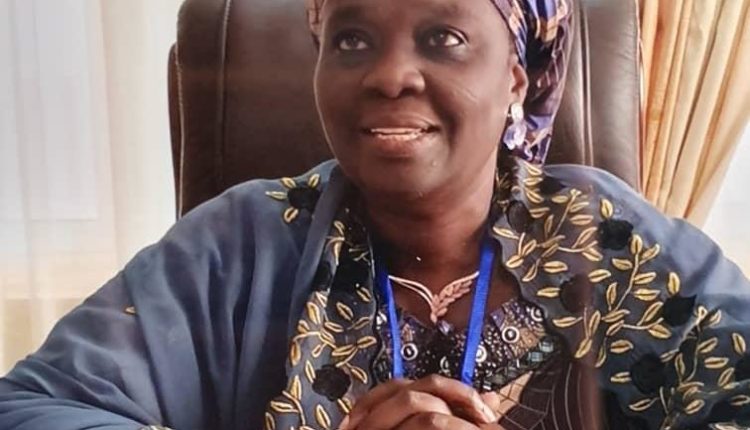 The Nigerian Ambassador to Burkina Faso, Ramatu Ahmed, has disclosed that no fewer than 10,000 Nigerian girls are forced into prostitution in Burkina Faso.

Ahmed said the  victims of sex-trade were mainly underage girls kept in appalling conditions in Ouagadougou and in mining camps across the West African country.

Ahmed, who had been in Burkina Faso since August 2017,  said  that over 200 Nigerian girls had been voluntarily repatriated this year.

Ahmed confirmed the development during an interview in Ouagadougou on Monday

According to the Ambassador,  many of the girls who were promised jobs in the country and Europe by the human traffickers are not willing to return home.

“This apart from been a dent to our country, it is also a sort of concern as far as their health is concerned, This is very serious to us and most of the girls who wants to go back as a result this voluntary repatriation do it because they were tricked, they did not know the condition there are going to found themselves here.

“For every Nigerian girl that escapes and wants to go back, there are more than 10 in the bush that are willing to carry on.

She said the Embassy is partnering with the International Organisation for Migration (IOM) office in Ouagadougou to assist in the voluntary repatriation of some of the victims of human trafficking.

“200 girls have been repatriated to Nigeria  by the embassy , this is apart from the ones that runs to the churches , some to other Civil society Organisations(CSOs) and the International Organisations on Migration (IOM).

In fact, the IOM is complaining to the embassy that most its money meant for West Africa is used to repatriate Nigerian girls back home and they are complaining that with time, they would not be able to cope with the number.

“So if the embassy alone have repatriated 200 girls, you can imagine how many girls the IOM has repatriated and  the reason they are complaining.

Ahmed also appealed to Nigerian parents and guardians to monitor their children and wards more closely and not to be swayed by promises of greener pastures abroad.

“This is problem that emanates from the family, for the girls, i  wish to tell them that anybody they see that comes to tell them that he is taking then to somewhere, either employed as hair dressers or work in the shop, these are human traffickers.

Anybody that will tell them not work in Nigeria but to move outside is simply a human trafficker and they should be weary of such persons. she said

It will be recalled that the U.S. Department of State Trafficking in Persons Report (TIR) 2019, Burkina Faso is a source, transit, and destination country for women and children subjected to forced labour and sex trafficking.

It would be recalled that the Director General of National Agency for the Prohibtion of Trafficking In Persons (NAPTIP), Julie Okah Donlie while briefing the ECOWAS Parliament on the spate of trafficking in West Africa in December 2018 said that 500 girls were trafficked from Nigeria on daily basis.

She added that a whopping 20,000 Nigerians girls were also discovered in Mali.

Ahmed bemoaned the activities of Nigerian syndicates operating in Burkina Faso, vowing that the Embassy will continue to track them down and bring the perpetrators to book in collaboration with the local authorities.