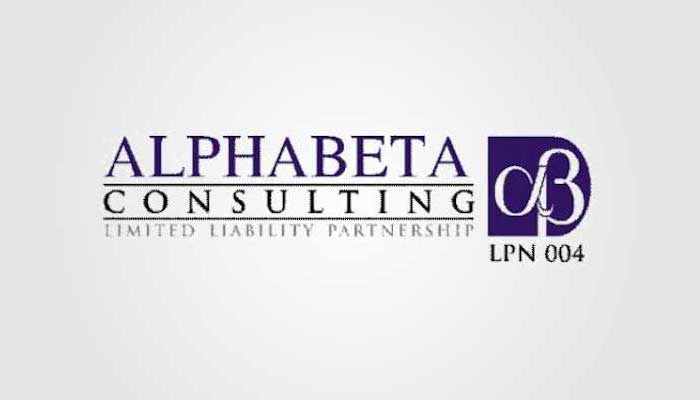 Much as the sacked Managing Director of Alpha Beta Consulting LLP, Mr. Dapo Apara, has been making efforts to shake off the dirt on his reputation since June 2018 that he was relieved of his appointment for financial recklessness, an investigation into the veracity of his claims and the counter-accusations by his former employer reveals that Mr. Apara actually has a case to answer since the firm has discovered financial infractions and sabotage on his part.

Mr. Apara, who supervised the operations of Alpha Beta Consulting as the Managing Director for two years after serving as the Deputy Managing Director from the inception of the company, was fully in charge as he made and signed deals (and agreements) for and on behalf of the firm between 2016 and 2018. He was accorded all the rights and privileges due to his office.

In fact, it was he and another partner that were the signatories to the firm’s bank accounts, the capacity which made him and the other partner the signing and paying authority for the cheques of even his successor (Mr. Akin Doherty) for more than one and a half year after he had ceased to be Managing Director.

He who comes to equity, they say, must come with clean hands. Unfortunately, Mr. Apara did not apply this wisdom in his dealings with the company as my interaction with some top and middle-level Management as well as Junior staffers of Alpha Beta Consulting LLP reveals that Mr. Apara should not have gone to this level because he was the “Alpha and Omega” during his tenure as the Managing Director. He had absolute authority to do and undo.

Many of them believed that under his (Apara’s) leadership, the company ran a “one-man show” as he was the eye and ear of the company, with absolute power and the freedom to hire and fire. At this time, the issues of corporate governance and transparency were not given due consideration by Mr. Apara as there was no good organizational structure in place. The company was not managed as a going concern but only operated as a ‘chop-I-chop’ system.

Under the good corporate governance system, welfare packages like an insurance policy, Cooperative, etc have been created for members of staff. These, according to the staff of Alpha Beta Consulting LLP, were alien during the reign of Mr. Apara. They welcome the new development for which they are grateful to the new management.

The removal of Mr. Apara as the Managing Director of Alpha Beta Consulting LLP was purely as a result of his fraudulent activities and lack of good managerial capabilities which went on for quite a time. The result of the company’s investigation on his activities while in office shows him as a wolf in sheep’s skin as he was neck-deep in various financial misdeeds, misappropriation of funds. He betrayed the trust reposed in him as the Managing Director of the company. It is on record that he siphoned about US$5 Million meant for cloud-based services. He was also said to have attempted to bribe his successor when he discovered that the company was investigating his activities while in office. He fraudulently paid a whooping N12,900,000.00 (Twelve Million, Nine Hundred Thousand Naira) into his (Doherty’s) account. By the way, Mr. Akin Doherty is a Fellow of the Institute of Chartered Accountants of Nigeria and a versatile auditor with more than four decades of active professional engagements.

Also, Apara raised a laughable allegation of tax evasion against Alpha Beta Consulting LLP despite the fact that he, a Fellow of the Institute of Chartered Accountants of Nigeria, was the ultimate absolute controller of the finances of the company at that time. He failed to carry out his professional duties and responsibilities but prefers to pass the bulk to the innocent stakeholders. This is unfair.

While in office as the Deputy Managing Director and later the Managing Director, Mr. Apara was in the habit of using the staff of Alphabeta to run the affairs of his company, Infiniti Segments System Ltd and Infiniti Enterprises, while the salaries and other emoluments of these staff were paid by Alphabeta. Just on 12th October, 2020, twelve staff of Alphabeta Consulting LLP, who were transferred to Osun State in 2011 to work for Infiniti in Osun State (whose salaries were paid by Alpha Beta Consulting for the nine years) returned to Lagos. Meanwhile, all the proceeds of the contracts won by Infiniti Enterprise Ltd (worth billions of naira) were neither reported nor shared with Alpha Beta Consulting that funded all the projects.

That Mr. Apara has now approached the court to adjudicate his case is a good development if, indeed, he will follow it up to a logical conclusion this time. It is hoped that this will not be abandoned by him again as he has done before. Mr. Apara had severally approached the court but has never been available to defend his claims whenever the case came up in court. In fact, the EFCC, ICPC, and other agencies of government had called several meetings for him and the Management of Alpha Beta Consulting LLP, to jaw-jaw on the matter but he (Apara) has never shown up.

It is hoped that the issue will be resolved by the court once and for all to save Nigerians the trouble of having to see claims and counter claims again. Let the matter be put to rest this time.

Nigeria: Insecurity and getting yourself a gun