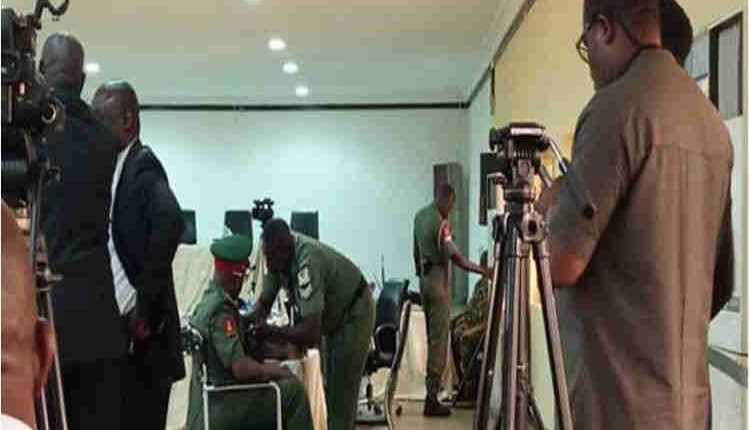 He made this known through his lawyer, Retired Major Femi Oyebanji, who said General Adeosun presiding over the Court Martial will be prejudiced and not ensure a fair trial.

Among other reasons, counsel to General Otiki said it was a fact that the defendant conducted several operations that were directly under the office of the President of the Court Martial, Adeosun which are operations that will come up during the trial.

According to the counsel, this makes the President an interested party, adding  that the defendants inherited the soldiers that were under the command of the President when he was in charge of Division 8 and some of those soldiers will come up as witnesses on the case.He, therefore, asked the President to recuse himself from the trial.

Major-general Otiki is alleged to have ordered five soldiers to escort the sum of N400 million from Sokoto to Kaduna State to a Very Important Person (VIP).The said soldiers were alleged to have absconded with the money.

As at the time of filing this report, it is not clear whether the President of the Court Martial will recuse himself or not.