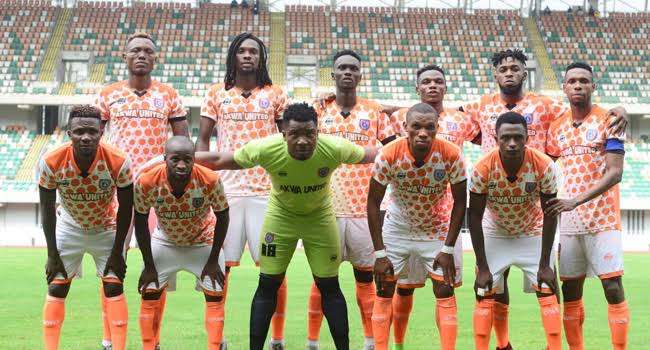 The Nigeria premier league champions, Akwa United, has been edged out of the Confederation of African Football (CAF) champions league after losing 2-0 to their Algerian opponent, Belouizdad, to end the first preliminary round 2-1 aggregate.

Akwa United could not build on their first leg advantage as they conceded two late goals during the return fixtures in Algeria.

During the match played at the Omar Hamadi Stadium yesterday, the Algerian Ligue 1 champions, Belouizdad, showed resilience to overturn the one-goal deficit they suffered in Nigeria a week ago with two late goals and proceeded to next stage of the competition.

Akwa United tried to resist the threats of their hosts as both teams settled for a goalless first 45 minutes but Hicham Khalfallah’s effort in the 72nd minute broke the deadlock in Algiers and Chemseddine Nessakh’s 84th-minute goal sealed their ticket for the next round.

A week ago, the Algerian champions suffered a late blow at the Godswill Akpabio Stadium after Friday Ubong gave Akwa United a 1-0 win with his 88th-minute goal.

Following the comeback win, Belouizdad now have a date with ASEC Mimosas in the second preliminary round after the Ivory Coast giants defeated Senegal’s Teungueth 2-0 on aggregate.