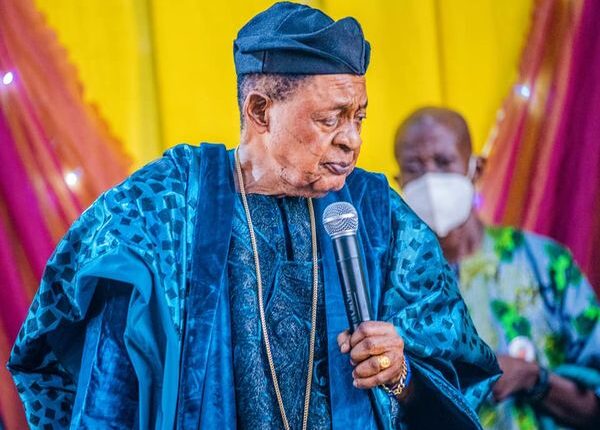 The Alaafin of Oyo, Oba Lamidi Adeyemi III, has thrown his weight behind governors from South-west states, saying said that they should not be blamed for the insecurity within their states since they are not in control of security agencies in their respective states.

He added that all the security agencies in the states are being controlled by the Federal Government, as security was on the exclusive list of the Nigeria Constitution.

While advocating the introduction of State Police, the monarch said that if we do not embrace state police, all the state governments would remain puppets under the Federal Government.

Alaafin stated these during a meeting with Oyo State Governor, Seyi Makinde, alongside other traditional rulers and security agencies, held at the House of Chiefs, Secretariat, Agodi, Ibadan, yesterday.

The meeting had in attendance the Olubadan of Ibadan, Oba Saliu Adetunji, Aje Ogungunniso I; a representative of the Soun of Ogbomoso; members of the Oyo State Traditional Council; the Commissioner of Police, Oyo State Command, Mrs. Ngozi Onadeko, and other security commanders, among others.

Speaker further, the first-class Yoruba monarch explained that Makinde cannot be blamed for the present insecurity in Oyo state, adding that the present administration in the state has been working day and night to curb insecurity in all the length and breadth of the state.

He said: “I want to say that we traditional rulers and royal fathers are stakeholders in the issue of security. They are killing and raping our sons and daughters in public. They are killing our people as well.

“It is appalling that we still see some of the people we have arrested and handed over to the Police on the street gallivanting around. Our governor is doing the right thing but we don’t really have superior power over the constitution guiding us. “So, when it comes to the issue of insecurity, there is nothing the state government can do if the Federal Government fails to do the needful.

“If our governor orders Police to carry out an assignment and another order comes from the FG, definitely nothing will be done. So, don’t let us deceive ourselves. Even our governor cannot command the Army and he has no power over it.

“Now, 70 percent of our farmers in Ibarapa have left their farmlands. They no longer farm again. If we do not succeed in having State Police, the states will continue to be puppets under the Federal Government.
“Your Excellency, you can actually put up a wonderful edifice but the operation of the constitution will not allow you to achieve the goal.”

Similarly, the Oyo State Commissioner of Police, Mrs. Ngozi Onedeko, said that the security agencies need intelligence gathering and necessary information from the general public so as to assist them to do an effective job of securing society.