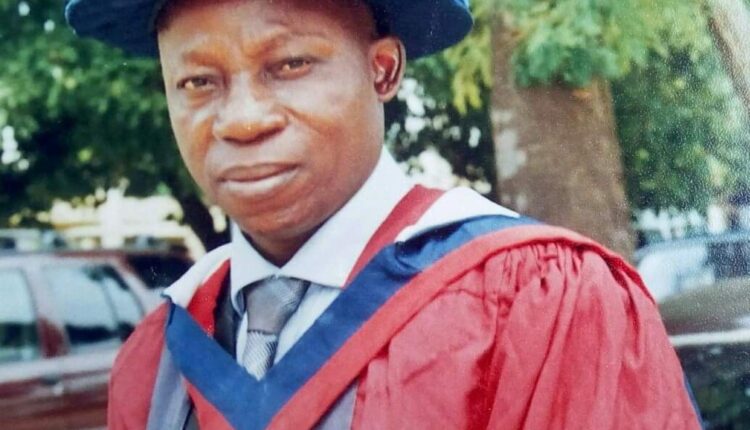 After several hours of deliberation on applications presented by applicants for the post of Al-Hikmah University’s Vice-Chancellor, the Governing Council has appointed Prof. Noah Yusuf, as the chief administrative officer for the institution.

Yusuf appointment was made by the council to avoid any vacuum in the institution’s administration when the incumbent Vice-Chancellor of the varsity Prof. Taofeek Ibrahim, would expire this week.

Before his appointment, the new Vice-chancellor was Director, Centre for Peace and Strategic Studies (CPSS), University of Ilorin (UNILORIN).

In a statement by the Registrar and Secretary to the council, Dr. R.M Oladimeji, Yusuf appointment was confirmed at the 30th Council Meeting held to deliberate issues affecting the institution.

The University’s 5th Vice-Chancellor was born on the 26th June, 1964 in Lagos State, He had his elementary education at the Community L.E.A. Primary School, Okeya-Ipo, from where he proceeded to Omupo Grammar School, Omupo, for his Secondary School Education from 1974 to 1979.

He had his Higher School Certificate at the School of Basic Studies of the then Kwara State College of Technology (now Kwara State Polytechnic), Ilorin, between 1979 and 1981, where he sat for the University of Cambridge-moderated GCE Advanced Level examinations.

In 1984, he gained admission into University of Ibadan to study Sociology where he graduated in 1986 and went further to obtain his Master of Science and Doctor of Philosophy both in Sociology from the same University in 1990 and 2003, respectively.

Prof. Yusuf commenced his working career as a Part-Time Lecturer in the General Studies Unit of the Kwara State College of Education, Ilorin, in 1991. Later in the same year, he was employed as a Member, Editorial Board of the then Nigerian Herald.

He began his academic career in 1992 with his appointment as an Assistant Lecturer in the Department of Sociology, UNILORIN where he rose through the ranks to become a Professor in October 2012.