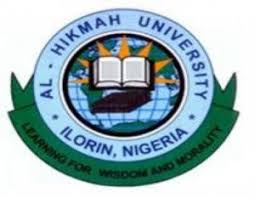 Management of the Kwara State based Al-Hikma University have confirmed that the tertiary educational institution is fully complaint to lockdown directives by the Federal Government and that all contrary claims were aimed at misinforming people with aim of spreading false news about the school.

It explained that the university  senate body had put preventive measures in place with aim to curb possible spread of the coronavirus amongst their students and staff even before government directives were issued ordering such measures to be taken.

The school Vice-Chancellor, Prof. Taofeek Ibrahim, affirmed that Al-Hikma was a highly disciplined and ethical institution, and stated that decision had been taken and implemented by its governing body to shut the school on March 20, 2020, with students being ordered to vacate premises by March 22, all of which had been in furtherance of ensuring safety of lives of staff and learners.

Ibrahim added that there had also been an immediate closure of the school mosque, and that university staff had observed solitary prayers in their offices, and that such step had been taken before advent of government orders on religious institutions and gatherings.

Speaking through a statement released to pressmen on Tuesday through the Assistant Director, Information, Protocol&Public Affairs Unit, Sola Hassan, the Vice-Chancellor decried rumour being peddled concerning the educational institution as having mandated its staff to work despite government lockdown direective, saying that such news was false and unfounded and that it had a mischievous undertone, and added that Al-Hikma senate body had organised and mandated lecturers attendance at an online teaching training seminar with aim to facilitate continuous education from home for their students.

According to Ibrahim, Al-Hikma lecturers had been trained on ‘Teaching on E-platforms’ on March 23 and 24, following which they had continued training and teaching students of the university via online platforms without having to resume to work daily which, he reiterated was in compliance with government directives even before advent of such directives in the country.

He said that the only members of staff who were expected to continue daily work resumptions were essential workers such as the school security outfit as well as works and maintenance staff who saw to daily power and water supply to the school facilities, and who were also exempted by government orders as essential staff members.

Stating that the tertiary educational institution had therefore not contravened any government stipulation, but had actually been ahead of implementation due to foresight of school management, and responsiveness of its senate body, Ibrahim further affirmed that the school’s provision of well-stationed hand sanitizer dispensers in various areas of its campus went a long way to ensure safety of its essential workers as they went about their duties.

He assured Nigerians in general and Kwarans in particular of the university management’s commitment to ensuring prevention and control of the deadly coronavirus pandemic in the nation, saying that it would continue to do all that it can to ensure that spread of the infection is curbed.