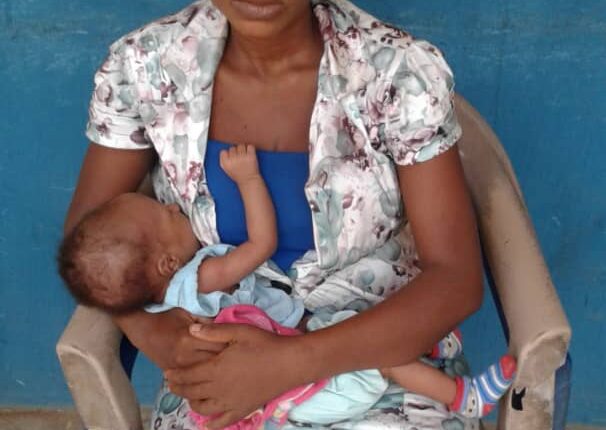 The Nigerian Police has arrested a 21years old woman, Emila Sunday, for planning to allegedly sell her three-month-old baby to raise money for upkeep in Akwa Ibom State

Sunday was said to have been arrested by the Nigerian Police, Akwa Ibom Command at Ire-village Ojoto while on her way to the destination where the baby boy was expected to be sold.

As gathered, the baby price tag mothers often placed on their baby boy in the state was said to be at N150, 000, the price the prospective buyers were said to be ready to path with.

Confirming the arrest, Police Public Relations Officer (PPRO) for the state Command, Haruna Mohammed, in a statement made available to newsmen disclosed that the suspect was arrested yesterday at about 6:pm with the baby.

The statement reads: “Preliminary investigation revealed that the woman is attempting to sell her three months old baby boy which the suspect claimed was due to hardship.

“Meanwhile, the baby was rescued in good health condition and investigation is ongoing to unravel the circumstances surrounding the matter, please”, it added.