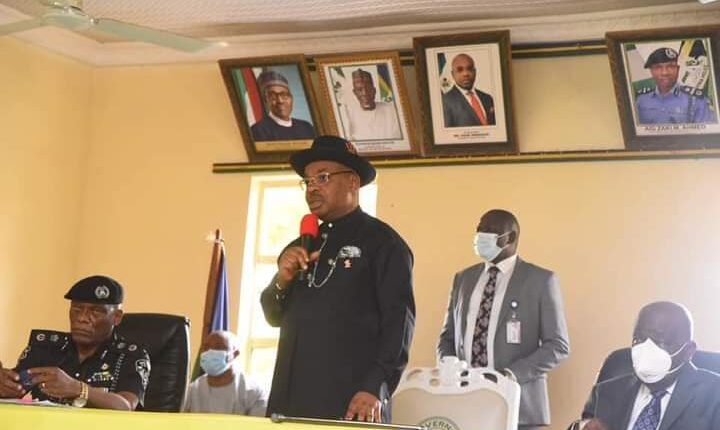 The Akwa Ibom State, Government has donated N60 million to families of the 21 policemen killed during attacks allegedly perpetrated by Indigenous People of Biafra (IPOB) and Eastern Security Network (ESN) across the state.

As gathered, no fewer than 21 policemen were reported to have been killed, 11 vehicles were razed and seven firearms were carted away by the gunmen during different attacks.

The State Governor, Udom Emmanuel, announced the donation yesterday when he paid the law enforcement officers a condolence visit at the state police headquarters, Ikot Akpan Abia in Uyo.

The visit, he said, was to condole with the command over the loss of men and assets to the recent security issues witnessed across the state which has affected businesses and other activities.

Receiving the Governor, the Commissioner of Police, Amiengheme Andrew, disclosed that the morale of the policemen and women, that had been down, would be lifted by the Governor’s visit.

The Policemen expressed appreciation to the Governor for the visit and donation. They promised to do all within their powers to bring an end to the new wave of criminality in the state.