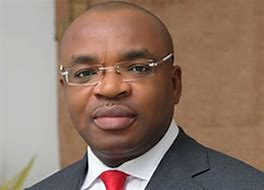 The Akwa-Ibom State Governor, Udom Emmanuel, has disclosed that the state would begin payment of N30,000 as new minimum wage to civil servants from January 2020 in accordance with Federal Government as agreed minimum wages by labour union.

Emmanuel explained that despite the state’s present financial realities, the new minimum wage had become necessity, and imperative to satisfy labour, see to welfare and proper remuneration of all staff in accordance with Federal Government agreement with labour.

It would be recalled that an agreement was reached between federal government and organised labour unions in 2019, to effect a N30,000 new minimum wage payment  for workers accross federation with designated percentage increases depending on level of service.

Speaking on the development to newsmen on  friday in the state, the governor, through state Labour and Man Power Planning Commissioner, Prof. Victor Inoka, had revealed to newsmen that agreement had come after several days of intense negotiations between the state government and organised labour.

Emmanuel hinted that the state was ready to begin paying the state and labour unions agreed wages standard to align with the federal government negotiated and approved percentag,  and also make consequential adjustments therein.

“This is the same minimum wage and increment structure that we have agreed to pay and both government and labour have agreed that payment should commence from January, 2020 and signatures have been duly appended to the requisite documents,”

The governor noted that there were issues concerning regularization of salary scheme of health workers in the state which needed to be addressed to a suitable level with that of other oil producing states.

He assured that a workable solution would be adopted as soon as possible to effectively settle health sector workers remuneration scheme.

“Talks are ongoing, we have started looking into ways to ameliorate peculiar issues like that of health workers remuneration and we hope to regularize this as soon as possible,”

“I had wanted workers to start enjoying the new minimum wage this month, but it has just been discovered that salary vouchers for the month had already been prepared and submitted, so, although payment takes effect this January, but since salary vouchers have been prepared they shall start receiving from February”.

For the organised labour union’s leaders including Nigeria Labour Congress (NLC), Trade Union Congress (TUC),  Joint Public Service Negotiating Council and Nigeria Union of Local Government Employees (NULGE), it was a welcome development after the state declared that it would be implementing the N30,000 minimum wage and that Akwa-Ibom had displayed a level of commitment to good welfare of the state’s civil servants.

The unions jointly expressed their gratitude over the state government’s sensitivity to plight of civil service workers and its responsiveness to calls by each body for approval of new minimum wage payment in the state.

“Akwa Ibom civil servants will now enjoy benefits of the new minimum wage law as have their counterparts in other states of the federation. We pledged our continued support and co-operation with Governor Udom Emmanuel-led administration as he has shown himself to be a comrade in our struggle for the rights of workers in our country”.