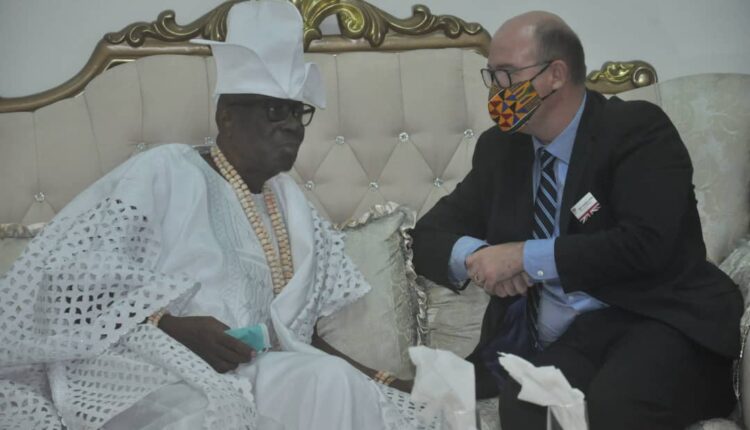 The Oba of Lagos, Oba Rilwan Akiolu, has solicited the support of the British Government towards ending insecurity in the nation after continuing unrest across Nigeria.

Describing Nigeria and Britain as partners in progress, the royal father stated that the current security challenge was temporary and would be surmounted, noting that the government and people of Lagos are ready to cooperate with other Nigerians to support the Federal Government for peaceful coexistence.

Akiolu made this request when he hosted the new British Deputy High Commissioner to Nigeria, Ben Llewellyn-Jones, who was on a courtesy visit to his palace today.

Also speaking at the palace, the Deputy High Commissioner, Ben Llewellyn-Jones, gave an assurance to support business growth in Lagos and Nigeria.

“I will focus on achieving a more investment-friendly climate through peace, job creation and economic development in Nigeria, being the United Kingdom’s second-largest market”, the Deputy High Commissioner said.

He expressed his resolve to ensure the removal of obstacles to businesses and encourage new investments in partnership with the State Government, in particular, and Nigeria in general.