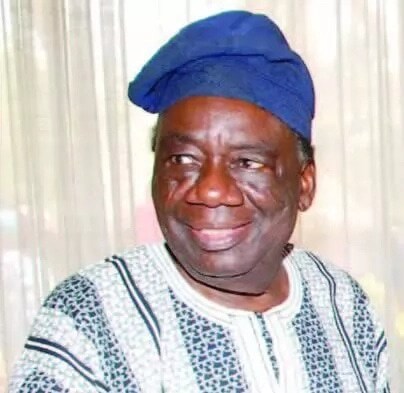 Nigeria’s former President, Olusegun Obasanjo, has commiserated with the family of Second Republic Attorney General of the Federation and Minister of Justice, Richard Akinjide, saying the late matriarch lived a life of great service to the country.

He noted the death of Akinjide, who died on Tuesday in Ibadan, the Oyo State capital, aged 88, robbed the nation of a shining star and one of its best and brightest patriot.

The former President said the deceased, who was also Minister of Education in the First Republic, served his community, state, nation, and the rest of humanity with acknowledged distinction which was visible to all.

Obasanjo, in a condolence letter to the family of Akinjide, said the legal luminary’s tenacity in the face of daunting odds and mortal risk to his life was second to none and that the deceased was still forthright and diligent gentleman who showed keen commitment to whatever task or assignment he had before him.

“The life of Chief Akinjide is really a testimony of great service built on hard work to his community, profession, and fatherland. Chief Akinjide was a titan in the study and practice of the law as is evident from a stellar career spanning almost the entire spectrum of the legal profession.

“His life as a most cerebral legal luminary; a profound thinker; a well-informed writer; an astute administrator and a die-hard patriot and democrat, were most inspiring.  It is indeed noteworthy that he was constant on Nigeria’s political scene for the better part of the past six decades, both as a passionate participant in both the executive arms of government and constitutional matters in the country and as an avid chronicler of our evolution as a people and a nation,” the letter read in parts.

Obasanjo also described Akinjide as a custodian of Yoruba cultural and traditional values who built bridges of love, goodwill, unity, and tolerance to ensure Nigeria’s stability, adding that the deceased stop at nothing in promoting the cause of national unity.